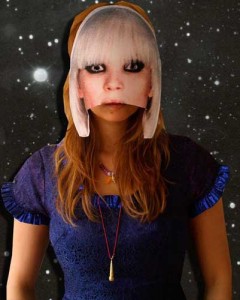 The Raveonettes Release Studio Demos From Forthcoming Album Via Twitter
This morning, Danish noir rock duo The Raveonettes announced plans to give fans unique access to the recording of their upcoming fourth full-length, a Vice Records song-cycle still without a title, due this Fall. The fact that the album remains in its infancy isn’t stopping Sune Rose Wagner and Sharin Foo from offering fans the chance to hear full studio demos of album tracks while they’re still works in progress.
In a longer-form Myspace blog posted earlier today, Wagner said “don’t be shy to leave comments for the tunes, we most definitely appreciate your opinion. We want to make the best Raveonettes album to date!” The first song released, tentatively titled “Last Dance,” is about “how drug addiction interferes with love,” says Wagner, and follows in the woozy, starlit footsteps of 2008’s Lust Lust Lust.

In addition, The Raveonettes have launched a micro-site to house future demos, and additional content from the recording process. Specific details as to what fans can expect will be unveiled piece by piece over the coming weeks, as the band continues to record their forthcoming full-length. Fans can sign up for exclusive access now at the link below.
http://www.myspace.com/theraveonettes
http://www.twitter.com/theraveonettes