After a sell out show in March supporting The Foals in the Spring & Airbrake, Liverpool indie trio The Rascals return to Belfast at The Limelight on Wednesday 28th May.


Although The Rascals have only been together for a year, the Wirral based trio admit that having known each other since they were young there is already a deep passion behind this band.

They first met when all three played in cult-favourites The Little Flames, fitting rehearsals as a trio around the five pieces practices. With a Little Flames debut album release looming Miles, Joe and Greg realised that their spare time jamming sessions were bringing out the best of them musically and they couldnâ€™t let the songs they were producing together go to waste. 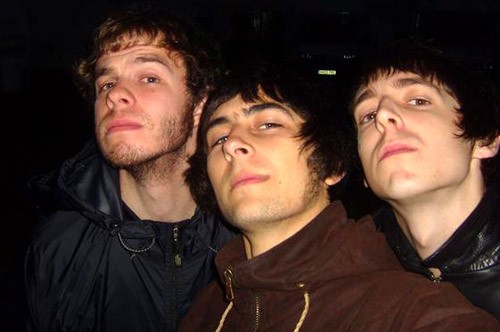 The bands energetic live shows and introductory EP â€˜Out of Dreamsâ€™, which was released in December, have already earned them rave reviews and they are currently putting the final touches to their debut album. Recorded last winter with producer Ben Hillier ( The Horrors, Blur, Elbow ), the lead single from the album is the infectious Suspicious Wit. With its twisting lyrics delivered at breakneck speed to the foundation shaking chorus, the song is a thunderous darken gem that skilfully infiltrates the listenerâ€™s mind.

With the album due for a summer release, The Rascals have been busy making sure everyone knows about it. They played their first UK headline tour in February and recently appeared in the film â€˜Away Daysâ€™ – based on the Kevin Sampson book on football hooligans – performing their version of Echo and the Bunnymen’s ‘All That Jazz’ on screen. Miles is also one half of The Last of the Shadow Puppets with Arctic Monkeyâ€™s frontman Alex Turner who release their debut album â€˜The Age of the Understatementâ€™ on 14th April.
myspace.com/rascalmusic
therascals.co.uk
THE RASCALS
WEDNESDAY 28th MAY
The Limelight
Tickets Â£9.00
Doors 9pm
Tickets on sale now from Katy Dalyâ€™s, Zavvi & all usual Ticketmaster outlets. Credit card bookings & info 0870 243 4455 or book online at geturticket.com /ticketmaster.ie