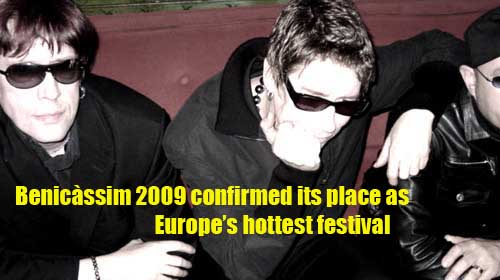 The Psychedelic Furs, White Lies, Friendly Fires, The Bishops and Boys Noize will all perform at this yearâ€™s festival, which has already sold more than 20,000 tickets. 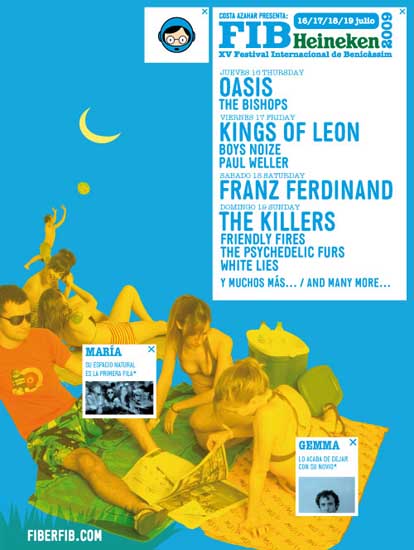 Situated between Barcelona and Valencia, BenicÃ ssim 2009 confirmed its place as Europeâ€™s hottest festival when it recently announced performances by Oasis, Kings of Leon, Franz Ferdinand, The Killers and Paul Weller.

Backed by Vince Power (the founder of the Mean Fiddler and the man behind The Hop Farm Festival), the festival will take place from July 16th â€“ 19th and has already proved extremely popular with the rising number of Brits, who are combining the festival experience with a holiday abroad. 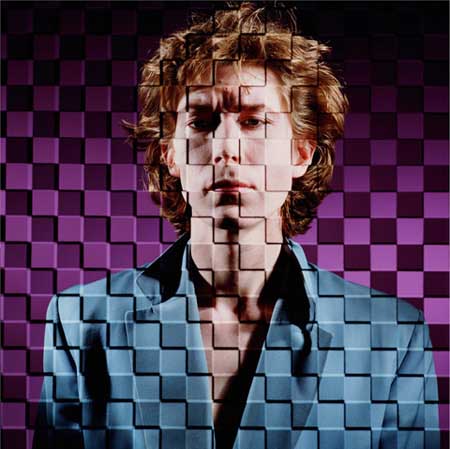 The Psychedelic Furs will perform on the Green Stage on Sunday, July 19. The Butler Brothers and their band, one of the most important and influential in the late post-punk 70s, have confirmed for FIB Heineken 09. Along with them, White Lies, Friendly Fires, The Bishops and Boys Noize are among the newest additions to the line-up of the fifteenth edition of Festival, for which more than 20,000 tickets have already been sold!

With a punk-pedigree that most bands would rip their tartan drain-pipes up for The Psychedelic Furs have given us some of the most exhilarating history-making music of the past thirty years. Songs like â€œLove My Wayâ€, â€œHeavenâ€, â€œGhost in Youâ€, â€œImitation of Christâ€, â€œSister Europeâ€, â€œHeartbreak Beatâ€ and â€œPretty in Pinkâ€ all bear the unequivocal signature of Richard Butlerâ€™s one-of-a-kind voice. They also recorded the original version of “Pretty in Pink” the song that served as inspiration for the 1986 John Hughes film. 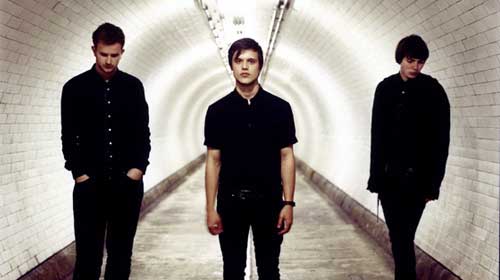 London-based post-punk outfit White Liesâ€™ debut album To Lose My Life… was released January 2009, debuting at #1 on the UK Album Chart. Their debut London gig caused the dampening of practically every major record labelsâ€™ pants â€“who all attended with cheque books at the ready. In fact Zane Lowe named “Death” his “Hottest Record in the World” on 5 February 2008, despite the song having never been officially released. Despite being championed by everyone from Jools Holland, NME, Jo Wiley, MTV and tour support for the likes of Glasvegas and Little Boots, White Lies remain faithful and true to their core fanbase â€“which is evident by their â€˜Peopleâ€™s Choiceâ€™ award nomination at this years Brit Awards. 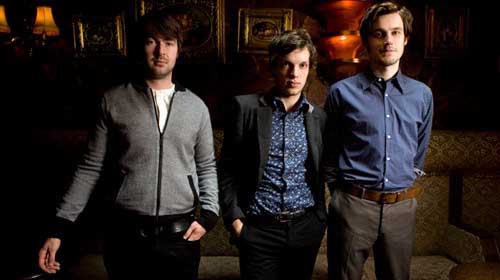 Friendly Fires recently released their self-titled debut album, which placed them on the cutting edge of bands bold enough to mix styles without prejudice â€“much to the delight of music critics all over.

They were the first unsigned band to appear on Channel 4’s soon-to-be-seminal â€˜Transmissionâ€™ programme and their single â€˜Parisâ€™ achieved single of the week in the Guardian and NME newspapers. Theyâ€™ve already trotted the globe with their guitars and synths, touring the UK, all over Europe, Japan, Canada and the US. Their track “On Board” was featured in US television commercials for Nintendo’s Wii Fit and also featured in the trailer for the upcoming PlayStation 3 game Gran Turismo 5. 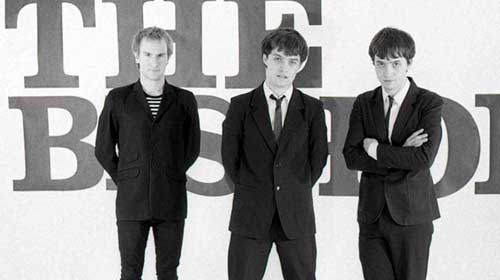 From London come The Bishops, a three-piece band known for their addictive melodies, compulsive rhythms and striking suits. Drawing influences from 70s mod bands like The Jam and The Lambrettas, they are fronted by twins Mike and Pete Bishop and are rightfully carving their ascension towards the heights of indie prominence.

Boys Noize, one of the hottest producers and DJs at the moment has been producing records since he was 14 years old. Now a master of his trade, he exploded onto the music scene when his track “& Down” was featured on Estelle’s single American Boy. Delivering remixes of tunes by Depeche Mode, Kaiser Chiefs, Bloc Party and many more, his set will be welcomed with open arms by the BenicÃ¡ssim crowds.

2009 will be an extra special year for BenicÃ ssim as it will be its 15th anniversary. Having delivered a stellar line-up packed with the biggest bands, artists and DJs from across the globe and a plethora of new and exciting on-site events and activities, the organisers have pulled out all the stops to make this one to remember.

To book tickets please go to: seetickets.com or lastminute.com . May we remind you to buy your tickets from an approved outlet, please be aware of fake ticket websites, all details and other information can be found on fiberfib.com.