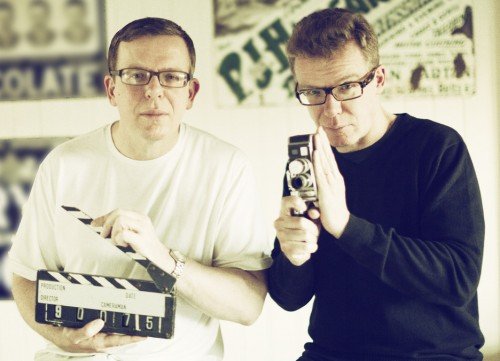 Living legends The Proclaimers celebrate their 25th anniversary with a national tour and new album ‘Like Comedy’ via Cooking Vinyl, released May 7, 2012.

The Proclaimers will have a busy summer in the UK and Europe, including headlining the Hebridean and Big Tent festivals in Scotland, the Cambridge Folk Festival and main-stage appearances at the V Festivals. October and November will see a 28 date UK tour.

As well as writing the script, Matt Lucas has made his director’s debut on the video for the single ‘Spinning Around In The Air’ (UK release 30th April).

Craig and Charlie said “We are absolutely delighted to work with Matt again, he is one of the funniest and most creative brains in comedy in the World at the moment. It is a great honour and opportunity for us.“
proclaimers.co.uk