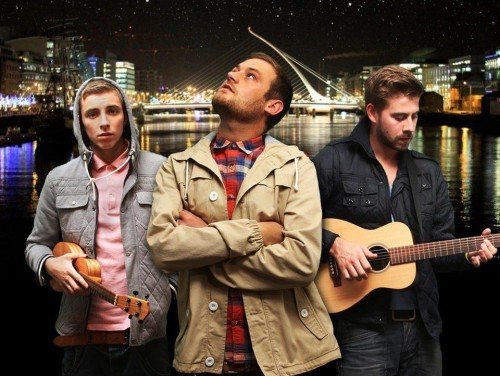 Dublin trio The Original Rudeboys are the unique acoustic/hip hop act who took You Tube by storm and became stars due to their appearance there.

The Irish lads have since went on to perform alongside some of the music industry’s finest and on stage at many of the UK/Ireland’s biggest music festivals.
Their new single is ‘Written Songs’ (part of a four track EP).

Hi guys, so how would you describe your particular brand of music to some one yet to hear it?

Well the best way is to say it is indie acoustic music with some rock and hip hop mixed in. It works well we think and fans love it.
Cool, so does that mean you get fans of the various genres checking your music out?

Exactly, what we find is that we get a very good crossover audience. We get people who have never listened to rap in their lives coming to a show and they leave fans of it.

Which is amazing for us to think we do that with our songs. We also get the opposite, hip hop fans who walk away as rock/indie music lovers too, so it works both ways.

How did you as a band form and decide to make this your musical genre?

It just evolved really, we all played in pubs and clubs around Dublin and were jamming one night.

We recorded it and stuck it up on You Tube, the next thing we know it is being viewed by thousands of people and that was it really. We never planned on becoming fully fledged band, we were simply jamming and then it took off.

Did the You Tube popularity make you more noticeable to the industry?

Yes it did, as we saw the hits rise we also got promoters etc. calling us and the offers came flooding in.

I’d say it was a dream come true for any musician out there, usually getting the level of success we did doesn’t happen to guys like us (from where we are).

It is not that easily accessible a route to get this far so quick. We have to thanks all those people who hit the site and got us here. 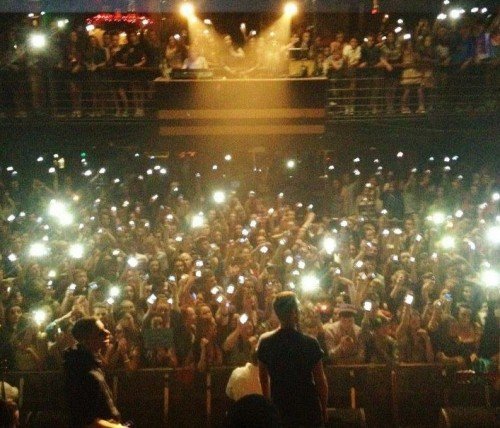 You have of course been able to garner yourselves some key festival appearances and even some celebrity endorsements. How does that feel?

Amazing, at the festivals the crowds are fantastic. In Ireland we find everyone singing back our songs to us. In the UK we see it going differently and we enjoy winning them over.

So that handful of people who knew us prior to the show is growing steadily.

We have been fortunate enough to have Irish stars such as Damien Dempsey and Sinead O’Connor talk positively about us.

We have also been asked to support Professor Green, Tinie Tempah and The Swedish House Mafia DJs. It is unbelievable to be getting praise like that.

What is next for the band?

Well we are just going to keep touring. We need to keep building ourselves up in the UK and play where we can when we can.

Of course we would love to be able to go to the United States, but we are more than happy to play the UK and Ireland for now.

You as a band of course payed your dues as it where by playing in pubs and clubs. Did that experience help you?

Of course it did. Playing gigs like that to crowds of all sizes keeps you grounded. You do need that to maintain your performances and hone your skills. We wouldn’t be here if we couldn’t play and adapt to our surroundings.

Social Media played a big part in The Original Rudeboys early career, does it still do that?

Of course, without it we would not be in the position we are. We rely on social media, our face book, twitter and of course you tube pages are all constantly updated and we monitor them all the time. You Tube got us here and we will stick y it too.

So how do you as a band relax and unwind?

Well we just chill out really. Watch some football, maybe grab a few drinks. We d like to party, so you will see us hit the town and yes it does get a bit ‘messy’ when we are all up for it (laughs).
‘Written Songs’ is available now.
theoriginalrudeboys.com
facebook.com/OriginalRudeboys
twitter.com/#!/ORBsOfficial
©FAMEMAGAZINE.co.uk