The performing arts in Northern Ireland scaled new heights today as the Lyric reached the highest point in the construction of its new theatre, with the core building structure now complete.

As the last roof beam was put in place major capital donors, sponsors and dignitaries gathered on the roof to celebrate the â€˜Topping Outâ€™. 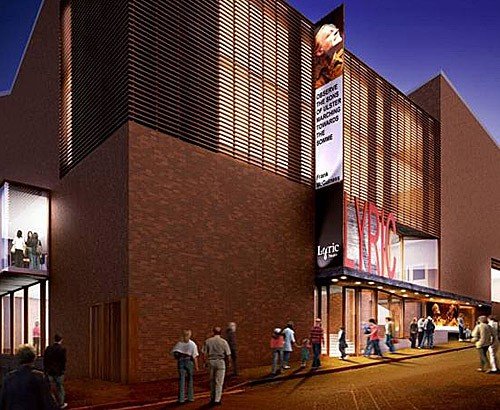 With the core building structure complete, the theatre has now cemented its place within a new Belfast skyline in its state-of-the-art home on Ridgeway Street.

Built in â€˜Belfastâ€™ brick, the new building is three times the size of the old theatre and has three distinct areas; a 390 seat auditorium, a second performance studio for experimental work, and a rehearsal room. 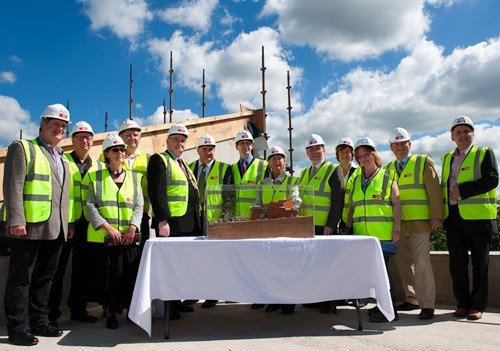 The event mirrored another symbolic occasion in the Lyricâ€™s rich history.

Forty five years ago, in June 1965, supporters of the Lyric Players gathered on the very same site to lay the Foundation Stone of the original theatre.
www.lyrictheatre.co.uk/newtheatre