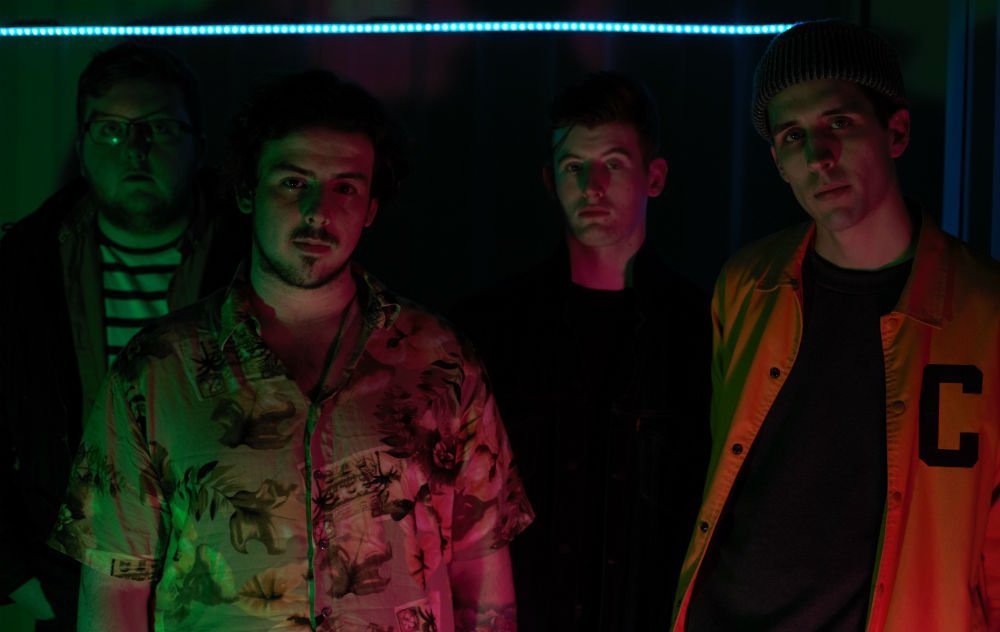 Falkirk-based four piece The Nickajack Men, present their undeniable energy and authentic approach to alt-country rock, with debut EP ‘Wasting Away’, due for release on 26th May via NJM Records.

Please introduce yourselves to our readers?

We are The Nickajack Men a four piece alternative/country rock band from a small town called Falkirk. The band consists of lead singer and guitarist Lewis White (22), Lead guitar and backing vocals Michael Garner (19), Bass guitar Jamie Burns (22) and on drums Matthew McAllister (22). We have been a band for just over two years and have been gigging profusely since forming.

Lewis, Matthew and Jamie all grew up together and had played in bands together a few years before starting The Nickajack Men. Lewis and myself ended up at a house party together and someone brought out a guitar and from them on we all got together and starting playing together!

What’s your new EP ‘Wasting Away’ all about?

Our debut EP ‘Wasting Away’ came from the fact that we were all longing to get away from having to work 8 hours a day, in jobs that are mind numbing and that were creating no ambition for us. Basically escapism. It feels like we are just wasting away in jobs we don’t like.

Your latest track ‘Marilyn’ sounds like it could almost be Oasis if Oasis went country. Was this intentional?

When I first wrote Marilyn it was my intention to have a chorus that would make people at our gigs want to join in on. It’s a good feeling seeing the audience shout out your song back to you and it seemed to have done the trick. We’ve always been strongly influenced by country music so when the song all came together with the band, the country melodies sort of shined through.

You seem to combine a lot of genres on your EP, who are your biggest influences as a band?

The four of us are all influenced by different genres individually but artists that inspire us collectively would be bands like The War on drugs, Delta Spirit, The Districts and Alabama Shakes. This EP is sort of a blend of genres ranging from more modern country rock with a hint of gospel.

Our next gig is in our hometown of Falkirk at BTW on the 29th of April, then we’ll be heading back to King Tuts in Glasgow for a release show for the EP on the 24th of June.

Where’s been your favourite place to perform so far?

Our first sold out show at tuts was incredible and its always great playing there, but we played a sold out show at Stereo to release our second single “Hurricane” and it was mental. Certainly a night to remember

After the King Tuts show we will be playing a couple of Festivals and planning a small tour and heading over to Ireland for a couple shows.