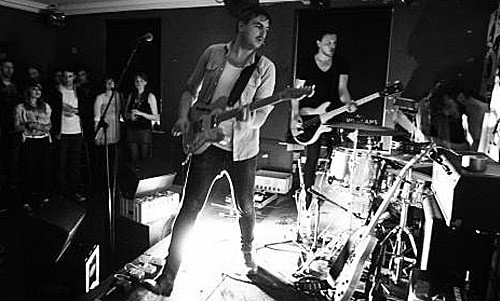 The Minutes will make you catch your breath and set your pulse racing.

WHO ARE THE BAND MEMBERS AND WHAT DO EACH OF YOU DO IN THE BAND?
Mark Austin [V/G]
Tom Cosgrave [B/V]
Shane Kinsella [D/V]

WHAT KIND OF MUSIC DO YOU MAKE / PLAY?
Rock’N’Roll Baby

WHERE ARE YOU FROM?
We’are all from South Dublin, near the mountains

HOW DID YOU GUYS GET TOGETHER AND WHEN?
The Minutes have been together for 3 years. Shane is Mark’s cousin & Tom met Mark in college.

WHO ARE YOUR INFLUENCES IN THE MUSIC INDUSTRY?
Phil Lynott, Bob Dylan, Led Zep, The Who, The Beatles, right up to Jack White today.

WHAT HAS BEEN THE HARDEST PART OF BEING IN THE BAND FOR YOU?
Its only hard if you let it be. We could moan about a number of things but whats the point?

Just get on with it and get your shit done. Thats the way we work so its all good

TELL US A BIT ABOUT YOUR EARLY DAYS AND HOW THEY DIFFER FROM NOW ?
When The Minutes started we had a definite vision of where we wanted to go. But still it took us 2 years to really get there.

Main difference between now & then is we are sure in our-selfs musically & a few more heads know who we are. 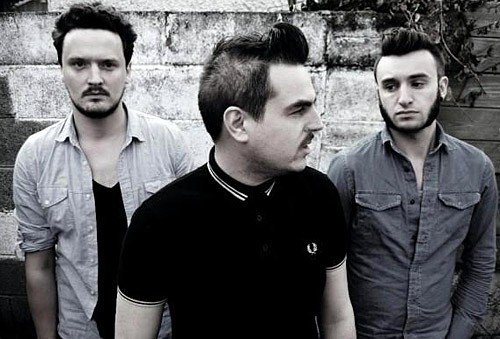 WHAT WAS THE LAST GIG YOU PLAYED, WHAT DID YOU THINK OF IT?
Last gig was Captain Americas in Blanchardstown, In Dublin.

Main act took ages to set up & sound check, so we abandoned the stage & set up on the floor right in front of the stage.

Turned out to be a great gig. The crowd loved it.

HAVE YOU ANY FORTHCOMING GIGS IN IRELAND OR NORTHERN IRELAND ? IF SO ARE YOU LOOKING FOR WARD TO THEM AND WHY ?
Nothing right now for up North. Played Belfast & Derry already this year, both great shows, good crowds too.

I think there is more tolerance for loud rock bands, maybe?

WHATâ€™S THE MOST SUCCESSFUL THING YOU GUYS HAVE DONE TO DATE ?
Our last two trips outta Ireland have been pretty useful, firstly SXSW in Texas back in March.

Seemed to open lots of doors back home for us. Recently we were in the UK playing few shows.

We came back with a very different mindset. Affirming.

WHO HAS HELPED YOU THE MOST GET TO WHERE YOU ARE TODAY ?
Us three. Without being cocky. There have been lots of people that helped us out over the years.

Too many to mention, but the big decisions have always fallen to us, because we worked hard to make these opportunities for ourselves.

WHATâ€™S COMING NEXT FOR THE BAND ?
Shows in Cork, Galway, Dublin & Drogheda, while the album goes thru its finals steps. Exciting

IS IT HARD BEING A NEW BAND IN TODAYâ€™S INDUSTRY ?
Not really. It is what it is. The game is the game.

HOW IMPORTANT IS THE INTERNET AND SOCIAL NETWORK SITES TO THE SUCCESS OF YOUR BAND ?
Very. Updates & interaction with with you fans. We use all that shit.

QUICK-FIRE QUESTIONS:
WHOâ€™S THE MESSIEST IN THE BAND?
Me – Mark. I’m just a messy f..k

WHO IS HARDEST TO LIVE WITH ON TOUR?
Tom – his hangovers are assholes

WHO IS THE JOKER AND WHY?
We’re all stupid but Shane is a good man for the kind of outburst that can lift the van-gloom.

WHO MOANS THE MOST ?
I’ll share that one with Tom. Someones got to moan sometimes.

WHO IS THE LOUDEST?
Me- Mark

WHO IS THE MOST ANNOYING?
We all have our moments on that one.

WHO WOULD YOU MOST LIKE TO COLLABORATE WITH IN THE INDUSTRY ?
We’d loike to record with Jack White. We’ve the same ethos.