Life is moving fast for 22 year old Frank Hamilton, who’s debut EP ‘You, Your Cat And Me’ is released May 19th. After new single ‘Waking Up @ 3’ was playlisted by XFM this week, Frank is busier than ever on the nation’s airwaves.


Today, he records an interview for Steve Lamacq’s Introducing on Radio 2 and on Thursday he can be heard on XFM in London for an Exposure session. He repeats that feat for XFM Scotland on May 21.

Next week, Frank plays not one, but two nights at Brighton’s The Great Escape festival (The King & Queen – May 16 and The Albert – May 17). 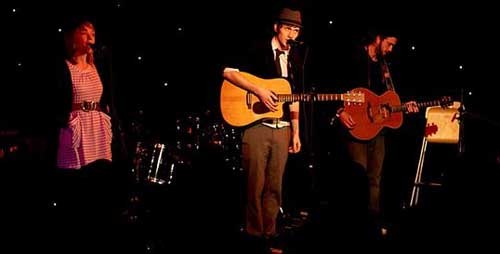 Described as the “Mike Skinner of folk”, the 22 year old from Cambridge has picked up vociferous support around the country and is now receiving acclaim from radio for his refreshingly honest and down to earth tales of modern life and love.