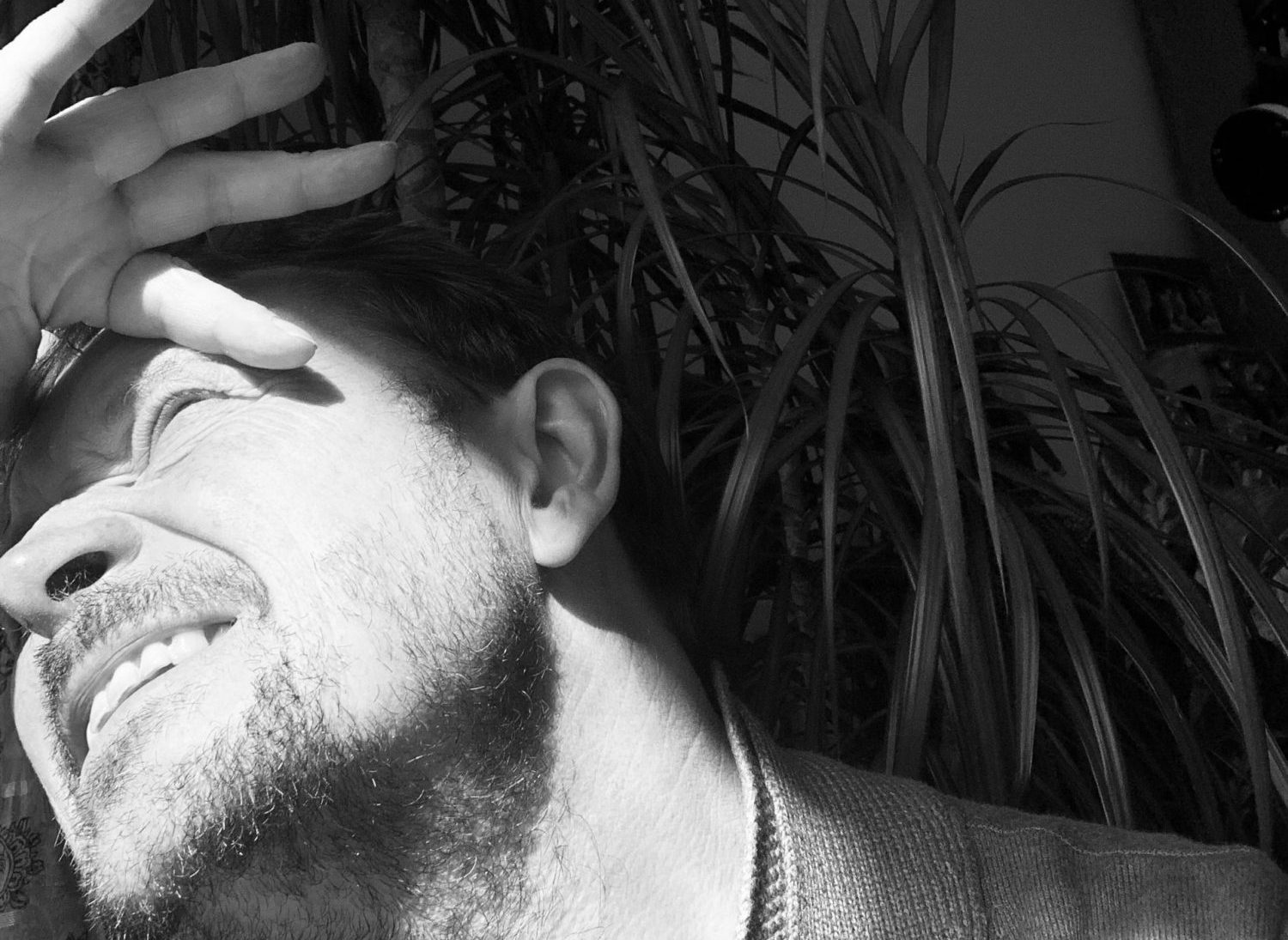 "I spent a lot of time thinking about how I could make something as dilapidated-sounding as possible that was still danceable."

Oxford-based artist Nigel Firth of The May recently shared his original EP “Abbey Road”, and has kindly answered some QuickFire Questions to share along with it.

A whimsical, somewhat eccentric gem, with a sound that Firth describes as “Wonky Scrapbook Techno“, the experimental release features alien voices over head-bopping electro beats created in a weirdly and wonderfully resourceful fashion. Listening to it, you can easily picture him tinkering away in his home studio on what he describes as “a bunch of antiquated equipment he still doesn’t understand despite using it for about fifteen years”. The three tracks are an exploration of “his fascination for things that sound like voices, weird noises he records on his phone whilst pottering around Oxford, his wife nattering Punjabi to her Mum on the phone in an outrageous West Yorkshire accent.”

The end result is refreshingly idiosyncratic, humorous, and just so much fun to listen to. Check it out and learn more about Firth’s creative process via our QuickFire interview below.

Can you give some examples of your favourite “things that sound like voices”?

I’m particularly enjoying cat vocalisations at the moment- I’ve sampled many cats, particularly angry cats; there’s a nice warning hiss from one of these puddies at the start of Resistance on the new EP which I enjoyed stretching out until it sounded like an air raid siren. My things-like-voices journey started with Hatsune Miku, a Vocaloid software voicebank based on a Japanese phonetic library created by Saki Fujita. You can make it speak English by writing Japanese that phonetically sounds like English into it, it’s… a long-winded way of doing things…

I also have various synth module gadgets that gargle and warble, I built one that has an emulation of a Speak ’n’ Spell in it, which I’ve spent hours trying to tame, it makes you realise how hard speaking actually is and how clever toddlers must be.

Did the pandemic have an inspirational effect on your creative output? If so, can you tell us how?

As no one could go out dancing, I spent a lot of time thinking about the ideal rave or free party and what would happen at it; what it would sound like. I spent a lot of time thinking about how I could make something as dilapidated-sounding as possible that was still danceable; I’d stopped writing songs properly but still wanted to have voices saying simple things over the top in the manner of advertising slogans or tabloid headlines, that seemed really important for some reason. I also wanted voices to be making the sounds of the drums and things like that; untz untz untz etc.

Can you show us your workspace?

Yes indeed- it’s crammed into a corner of my tiny flat, I’ve enclosed a picture. My wife LOVES it.

What’s your favourite of your own tracks and why?

Nanotheque, because it was the first that I did in this fashionable new style, and because it makes me think of woodland creatures and insects having a knees- up after the humans have gone to bed.

Small birds whisking in to the bird feeder that hangs from an iron girder towards the top of the window. They sit on a fence a few feet away to fluff and chat like buzzy little crack heads and then zip up on an invisible wire; seemingly straight for me. Sometimes they freak out as they see me and brake mid air. It’s only for an instant but the mind’s eve freezes it.

The not-thames. It’s just at the end of our shared garden but our block is social housing so is walled off from the river to keep us bad types in. All you can actually see is bike shed and some Grundon bins, but you can see birds follow the river and it sends up a nice light this time of evening, which ripples over the leaves of the overhanging trees.

A heron heading home. I’ve never seen a heron chick and I’ve never seen more than one- in fact, for all I know, there only is one heron in the whole world. My wife and I speculate that these are the lost souls of old guys you see drinking in the daytime in ’Spoon’s.

Low sun lighting up glasshouses a reddish-gold colour on the allotment over the river, one of my favourite sights of all.