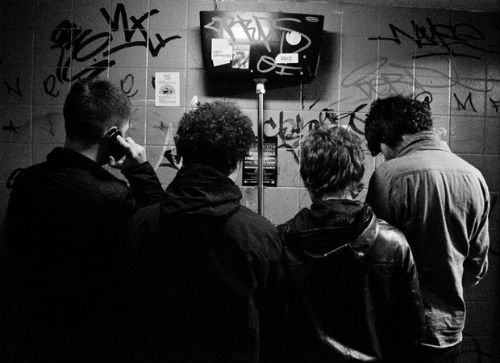 There are some EPs that require a blanket and a large cup of tea or coffee to truly enjoy. The Marivaux’s ‘All In Good Time’ is not one of them! This requires your full attention, and should be consumed alongside a pint of lager and, if you’re feeling peckish, and assortment of bar snacks.

‘All In Good Time’ makes its intentions clear from the onset, with the title track capturing the band’s joie de vivre as they encourage the listener to give up worrying, and just let themselves go with the flow. Which isn’t just great advice for life, but pretty decent advice for music. 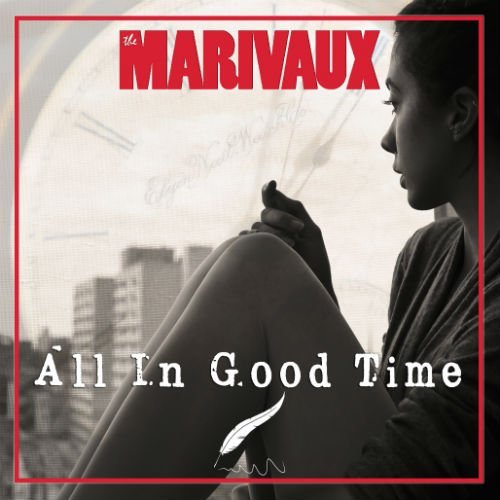 Second track ‘Come With Me’ blindsides you with a relatively low key intro, before it kicks into the first chorus and the track finds its hook. Sounding like a love letter to their home city of Manchester, Phil McAdam acts as your tour guide through his favourite places and views, and then Matt Shields arrives with a guitar solo reminiscent of the Manic Street Preachers early metal days.

Closer, ‘Insides’, is old school britpop given a modern twist, Phil’s vocal’s taking on a very definite Ian Brown lilt, and a no nonsense backing track from the rest of the band that knows when to fade out at the right moment to let each one of them shine. ‘All In Good Time’ may be the title track, but ‘Insides’ is single material, if ever we’ve heard it.

The last two tracks on the EP are dubstep and drum and bass remixes of the title track. Whether you like them or not is going to be completely dependent on your taste for electronic music. We would have preferred to have heard two more original tracks, but the tracks are still well done and further highlight the influence the latter part of Ian Brown’s career has had on The Marivaux.

An incredibly strong debut from four Manchester lads who’ve remembered that music is supposed to be a blast – our only criticism is that we wish there was more!

‘All In Good Time’ on iTunes
twitter.com/TheMarivaux