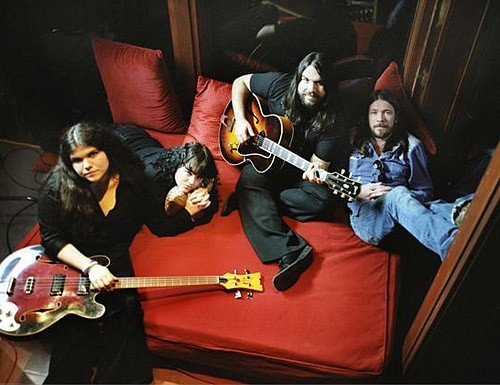 At the end of 2007, The Magic Numbers finally took their feet off the gas after almost four years on the road. Two albums released in quick succession 2005’s The Magic Numbers and 2006’s Those The Brokes had made them platinum-selling chart stars, but toil had taken its toll, culminating one night in a heated, all-family fall-out.

The Stodarts and Gannons realised it was time to stop. They needed to reconnect with the joy that music had always given them, and remember the sparks that first flew when Romeo and Sean started playing together as teenagers in a front room in Hanwell, West London, and the fortuitous moments when their sisters Michele and Angela joined them originally just providing backing vocals then quickly fulfilling and completing their unique sound.

Only now, with their real knowledge of the studio, their confidence as songwriters, and their ever-growing love of a wider orchestra of instruments, they could create something they’d always dreamed of. 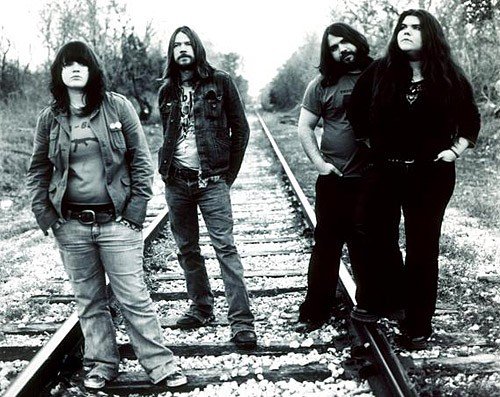 The band needed to find themselves again outside of each other and so took some time out to work on other inspirational projects. Romeo was invited by Damon Albarn to join his Africa Express project, leading him over to Lagos, Nigeria.

He spent an immensely rewarding time working with many African musicians, including Amadou and Mariam, with whom he collaborated on the song All I Believe In, featured on the Twilight: New Moon soundtrack.

Alongside this, he played guitar for numerous other artists, both onstage and in the studio, an experience that inspired and rejuvenated him as he began to write.

Michele was busy working on songs for her future solo album, whilst preparing for the life-changing experience of becoming a mother to a beautiful baby girl, Maisie. Angela also found time to work with her friends The Boxer Rebellion on their last album. But it was only a matter of time before The Magic Numbers fell back into each other’s arms and got back to work.

After two years away they’ve managed to craft their finest record to date with love and ambition. The Magic Numbers are back, and more special than ever.

Imagine a record that begins with a song so grand and so glorious that it sounds like it’s descending from the heavens, asking us what it is to love, and what it is to feel.

Imagine the album that soars from its searching, stirring strings, shifting beautifully between perfect pop, heart-wrenching soul and country folk, woozy with harmonies and deep, dreamy melodies. Imagine it arriving in the world after the birth of a new child, and the death of the man who helped bring it to life.

Tickets for Spring & Airbrake are priced £15 and are on sale this Thursday, 7 October at 9am. Special guests for the tour will be Dry The River.
www.cdcleisure.com