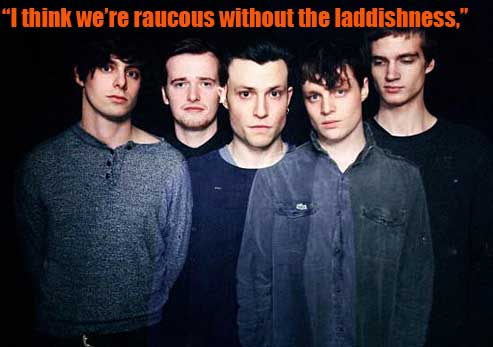 The Maccabees new album â€˜Wall of Armsâ€™ is out on 4th May on Fiction/Polydor Records. The album was produced by Markus Dravs (Bjork/Arcade Fire) and follows the success of 2007â€™s â€˜Colour it inâ€™. â€˜Love you Betterâ€™ will be the first single from the new album and is set for release on the 27th April, but has already recieved exclusive radio play on Steve Lamacâ€™s Radio 1 show. 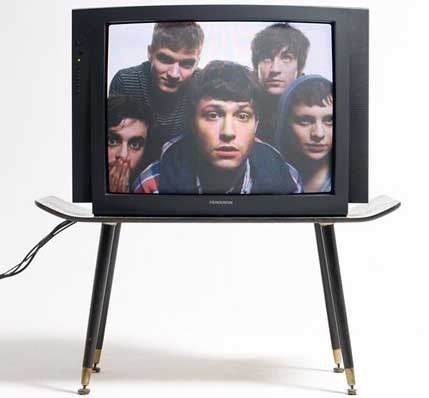 The Maccabeesâ€™ story began four years ago. Orlando Weeks (vocals, 24), Hugo White (guitars, 21), Felix White (guitar, 23), Rupert Jarvis (bass, 21) and Robert Dylan Thomas (23) all grew up in South London, near Clapham Common. The area is better known for drumâ€™nâ€™bass and dubstep than guitar music. It was inevitable that their paths would cross.While still at school, Orlando and Robert used to watch TV and write songs in Orlandoâ€™s bedroom.By the summer of 2003, Rupert and Hugo had joined them. Felix was playing with a band called Jackâ€™s Basement, named after their front man Jack PeÃ±ate.

When Jack broke up the band to concentrate on a solo career, Felix joined The Maccabees, and the line-up was complete.They chose the name by flicking through books. The biggest in the house was The Bible. They came across the story of The Maccabees, Jewish rebels who fought against Greek rule and established Jewish independence in the second century BC. As soon as they saw the name, they knew that was it.Despite living in Brighton, The Maccabees are just as much a London band. Theyâ€™re quick to point out that theyâ€™ve spent 18 years in the latter and only two in the former.

As such, they count Londoners such as Good Shoes and Jamie T as their peers. Itâ€™s not just a location thing. Like the aforementioned, The Maccabeesâ€™ creativity extends beyond music. They donâ€™t just write the songs; they oversee the whole package â€“ artwork, videos, the album tracklisting, everything. â€œI think thatâ€™s why people like us,â€ says Orlando. â€œBecause thereâ€™s a lot of passion and we genuinely care about what we do.â€ Orlando went to art school and helps design their record covers, while friends he met at college directed their early videos â€“ see the brilliant stop frame animation short accompanying Latchmere and the finger puppets in the bandâ€™s video for About Your Dress.

Theyâ€™re much happier with people they know rather than hired help that they donâ€™t.The flip side to The Maccabees creativity is a boisterous gang mentality. Thereâ€™s something distinctly rowdy about them. â€œI think weâ€™re raucous without the laddishness,â€ says Orlando.If they are a gang, they are a gang of romantics. Helpfully, Orlando, the starting point for most of the bandâ€™s songs, fell in and out of love at the right time. Felix mentioned it to his dad, who advised him to let Orlando get on with it because the band would get some good songs out of it. They did, although the songs didnâ€™t help Orlando get her back. But itâ€™s more than just boy loses girl. Thereâ€™s something deliciously dreamy about Colour It In. It has a poppy edge, but thereâ€™s nothing contrived about it.

The band say they donâ€™t have any control over their music, that the songs just come out that way. â€œItâ€™s not like weâ€™ve been playing our instruments for ten years,â€ says Orlando. â€œAny naivetÃ© is genuine.â€What The Maccabees want most of all is to make people feel special. â€œWe get kids at the front of our gigs and they look at us the way I used to look at bands,â€ says Felix. â€œYou can just see it in their eyes. It means something to them.And that means something to us.â€