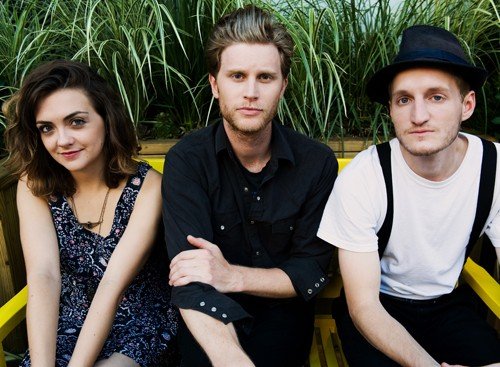 If you aren’t one of the 9.8 million people who have watched The Lumineers’ awesome video for ‘Ho Hey’ on YouTube, then check them out bringing down the folkin’ house live on the Late Show with David Letterman:


US Folk/Alt Rock outfit The Lumineers have already stormed the charts in America and Their are also set to make their UK debut with their self-titled album released on November 5th via Decca Records.

Fame caught up with the Denver-based trio to discuss their UK album debut and what being a hit on You Tube means to a band.

Firstly thanks for chatting to us at Fame. Can we ask how the band formed?

We Started out playing in New York, but the cost of living was just too high so we moved to Denver with a bunch of our friends.

Our sound was full of electric bass and hard to differentiate from a lot of other bands at the time so we put an ad on Craigslist for a Cellist and Neyla replied, she was the first person to leave us a message and we knew almost straight away that she was our girl.

You have a UK tour coming up, what can fans expect from those shows?

Do you think UK fans will be different than US ones?

I think a lot of people have heard Ho Hey, but the really awesome thing about our shows in the States is that the crowd seems to know the whole album. I hope that is true in the UK as well, because while we think Ho Hey is a good song, there’s a whole body of work behind it.

Your debut UK album release is available very soon (November 5th). Can you give us an insight into the album’s creation?

It took about 3 years to write, and there is nothing on there that was haphazard or an afterthought. It was very carefully crafted and mixed and remixed and we’re very happy with the result. Each song has its own identity and Wesley, our lyricist and front man, is a great story teller. 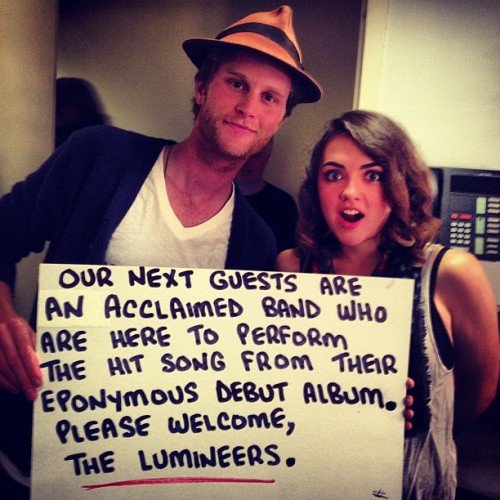 Your single ‘Ho Hey’ became a huge hit on You Tube. What does that success mean to The Lumineers?

We’ve been working pretty hard at making music for quite a while, so it’s nice to know we weren’t totally crazy for leaving jobs and homes and loved ones and accruing major amounts of debt in order to tour.

It was a big feat for us to be able to just make a living as musicians and not worry about bussing tables when we returned home from tour. That success is something we’re very grateful for.

What is next for the band. Are you working on new material?

Lots and lots of touring, and some new songs are in the works. We’re taking the month of January off to write a little and recharge before the hitting the road again in the new year.

Have you any musicians you aspire to collaborate with?

We’ve been having a lot of fun with the bands we’ve toured with, Old Crow Medicine Show, Paper Bird, Y La Bamba, with big group encores. They always seem scary the first few shows because no one really knows how they’re going to turn out, but it keeps us on our toes as musicians and injects a little life into the set.