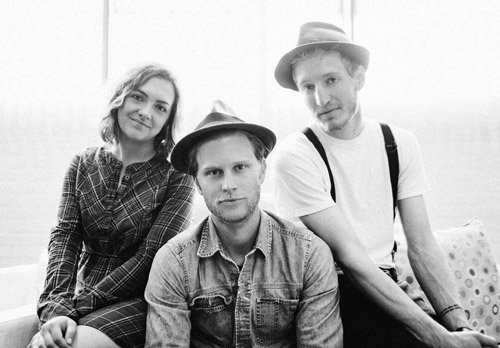 The Lumineers ignite stages with their spine-tinglingly emotive performance, blending front-porch folk, Americana and acoustic rock into a unique, rustic and spellbinding sound.

Watch them performing a secret live show at East London pub The Sebright Arms to a lucky 150 fans, who had learned of the intimate gig just 24 hours prior.
The Lumineers will grace the stage at the 2013 Grammy Awards this Sunday February 10th, where they are nominated for two of the prestigious ceremony’s awards – Best New Act and Best Americana Album.

Watch their new video for video for their second single ‘Stubborn Love’.

THE LUMINEERS Q&A: “WE WEREN’T TOTALLY CRAZY FOR LEAVING JOBS AND HOMES AND LOVED ONES…”