The Lightning Seeds have announced a return to Ormeau Avenue, for the first time since 25th November 1999! â€˜Four Windsâ€™, their first album in 10 years is due for release on the 18th of May.

As if heâ€™s never been away, Ian Broudie returns this spring with a new Lightning Seeds album, the first for ten years, featuring ten new songs written and produced by Broudie. 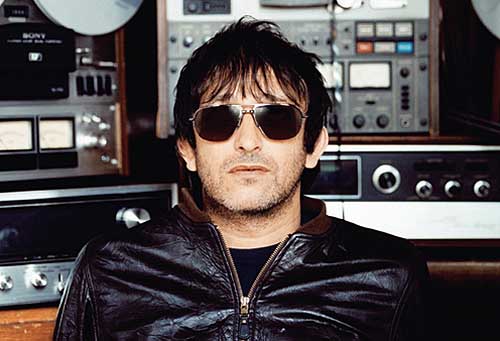 Wrapped in melody and full of the kind of timeless emotional depth weâ€™ve come to expect from him, â€˜Four Windsâ€™ is both uplifting and thought provoking.

Itâ€™s a beautiful album that strikes a warm fuzzy familiar chord while managing to reach a new musical maturity. â€œItâ€™s not like Iâ€™ve ever been away, really,â€ Ian says. â€œIâ€™ve been a part of music all my life and that never stops.

These are just songs that represent where I am on this journey.â€ Highlights are many and include the melancholic â€˜4 Windâ€™, the ethereal sway of â€˜Ghostsâ€™, the pop swagger of â€˜The Story Goesâ€™ and the autobiographical â€˜I Still Feel The Sameâ€™. â€˜Four Windsâ€™ is due for release on the 18th of May.