â€˜Elvis Presley In Concertâ€™ is an astounding production that reunites former Elvis band mates live on stage with a state of the art video-projected Elvis. In 2010, the concert returns for a tour through Europe. 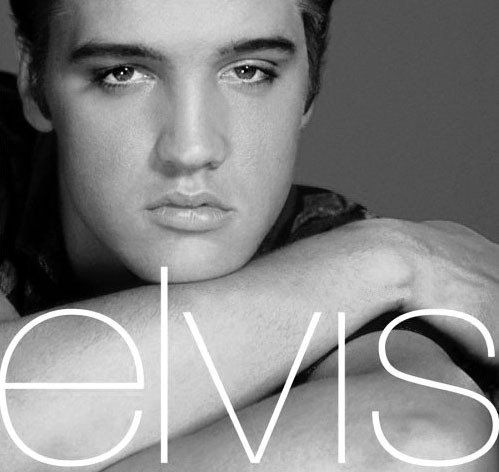 In his lifetime, Elvis’ only concerts outside the United States were five shows in three Canadian cities in 1957. A world tour was an unrequited dream for Elvis and his fans. Elvis fans, new audiences and even the most cynical of critics have been thoroughly wowed since 1998. Tours have included many American dates, highlighted by a three-show smash at New York’s Radio City Music Hall.

Outside the US, there have been several tours of Europe with sell-outs at London’s famed Wembley Arena, and tours to Australia and Japan. In 1998, Elvis-The Concert was designated a Guiness World Record as the first live tour headlined by a performer who is no longer living.

The show’s concept is to present an authentic as possible Elvis Presley concert. The producers edited together a collection of Elvis’ finest concert performances that exist on film and video and removed virtually all sound from the footage except for Elvis’ vocal. The Elvis footage is projected on a large video screen. On stage a 16-piece orchestra and some of Elvis’ original bandmates from the concert era of his career and other cast members perform live with the Elvis video.

All music heard in the concert production is performed live except for Elvis’ voice. On either side of the Elvis performance screen are screens that carry live action from the stage. From the first song it’s magic. You’re at a real Elvis concert.

Performers currently scheduled to participate include: Joe Guercio, ElvisÂ¹ orchestra conductor for many of his Vegas performances; members of the original TCB Band; ElvisÂ¹ backup singers The Imperials and The Sweet Inspirations. To learn more about them and the other original Elvis group members who have toured with this show, see Cast Bios. Also see Current Cast & Song Lineup.

Today, people are accustomed to seeing giant video screens used in live concerts to bring the star closer to the audience. Elvis’ recorded voice and his on-screen presence are so powerful, the interaction with the live musicians and singers so seamless, the audience reaction so intense that, a few songs into the show, one can almost forget that Elvis isn’t really there in person. Everything in terms of staging, set design, lighting, sound, and overall production is as if Elvis were alive and back out on the road.

The audience response to this concept has been overwhelming. Long-time Elvis fans who attended actual Elvis concerts say they feel that same original excitement and electricity. The fans who never got to see him perform, many of whom were born after Elvis’ death, say it is a dream-come-true experience they thought had been lost to them forever. The production is so authentic and so well done that there are moments in the show when even Elvis’ own bandmates and members of the production team almost think Elvis is really back in the building!

Elvis concert footage for the show comes primarily from material shot for the MGM concert films Elvis, That’s The Way It Is (1970) and Elvis on Tour (1972) and from the historic 1973 global television special Elvis: Aloha from Hawaii, via Satellite. This footage contains some of Elvis’ finest performances from the big concert era of his career, the era that is celebrated by the Elvis Presley In Concert production.

The other main criterion for selecting from these films is that they were originally recorded in multi-track. Thus, the producers are able to drop all sound from the footage, then return to the footage the isolated track that recorded only from Elvis’ microphone in these exact concert performances. The 1970-1973 footage shows Elvis at the pinnacle of his superstardom, at the height of his powers as a concert performer, and in top form physically.

On August 16, 1997, marking the occasion of the twentieth anniversary of the passing of Elvis Presley, Elvis Presley Enterprises presented Elvis in Concert ’97 to a sell-out crowd at the Mid-South Coliseum in Memphis, Tennessee. It featured a great gathering of many of the outstanding instrumentalists and vocalists who had worked on stage and in the recording studio with Elvis over the years.

The late Elvis Presley, via video, starred in the show. His former band members and The Memphis Symphony Orchestra performed live. This production more or less became the prototype for Elvis-The Concert, a smaller-scaled production that has toured extensively since early 1998 and in 2006 was re-titled Elvis Presley In Concert. A major reunion concert on the scale of the 1997 show was called Elvis-The 25th Anniversary Concert, a sold-out smash at The Pyramid arena in Memphis on August 16, 2002. A similar major reunion production, Elvis: The 30th Anniversary Concert, was presented in Memphis on August 16, 2007.

Elvis Presley in Concert is a production of SEG Events, in association with Elvis Presley Enterprises, Inc. (EPE).