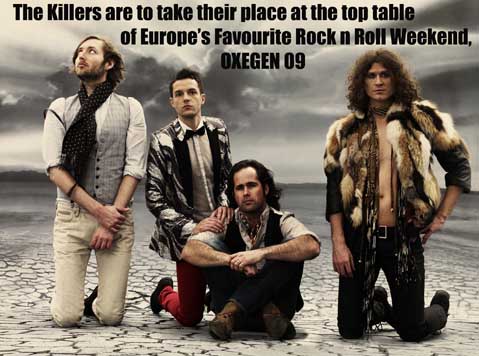 The all-conquering Las Vegas foursome will be back at Punchestown Racecourse, Naas, Co Kildare over the weekend of 10th -12th July this year. It has been a tremendous year so far for The Killers. Day & Age, their third album has yielded yet more monster hits and builds on an already impressive back catalogue of festival favourites. Last August they rocked a sold out Marlay Park and if any band has a sound made for the OXEGEN crowd it’s The Killers. 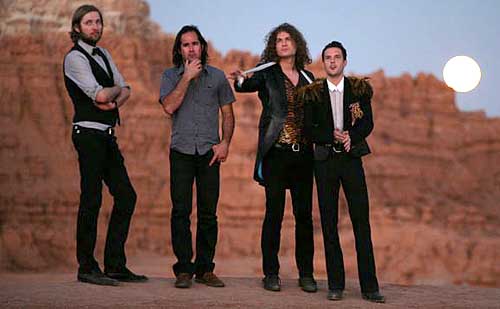 Expect Brandon Flowers and his accomplices to mesmerize the crowd with a powerful mix of the uplifting and the driven, creating a lush soundscape for the audience to immerse themselves in.

A huge success story, The Killers first played OXEGEN back in 2004 when they headlined The New Band Stage. That was fresh on the back of the release of their debut album Hot Fuss, a record that was to yield classic singles such as Mr Brightsideâ€š and Somebody Told Me. Fast forward 5 years and we find ourselves confronted with another amazing album carrying equally memorable tracks such as Humanâ€š and Spacemanâ€š. As a consequence of that success, this year they have 2 Brit Award and 3 Meteor nominations to their credit.

The addition of The Killers today means, more than ever, getting to OXEGEN this summer is the first and last thing music fans should be thinking about.

Important Festival Ticket Information
Loyal fans of OXEGEN can secure their ticket first when they register at oxegen.ie

Registered users gain exclusive access to a priority pre-sale from Wednesday 25th February 2009. To qualify for this offer you must register at oxegen.ie before 6pm on Sunday 22nd February 2009.