Sexy 40-year-old actress, Belinda Stewart-Wilson who plays Polly Mckenzie ‘Will’s fit mum’ in Channel 4 comedy The Inbetweeners, wears a black bra and suspenders, as well as a basque under a fur coat, in a racy photoshoot for FHM magazine.

She said: ‘I think the fascination with older women comes from the belief they know something you don’t. I think with The Inbetweeners it’s all in the boys imaginations, they’re so rude about her. 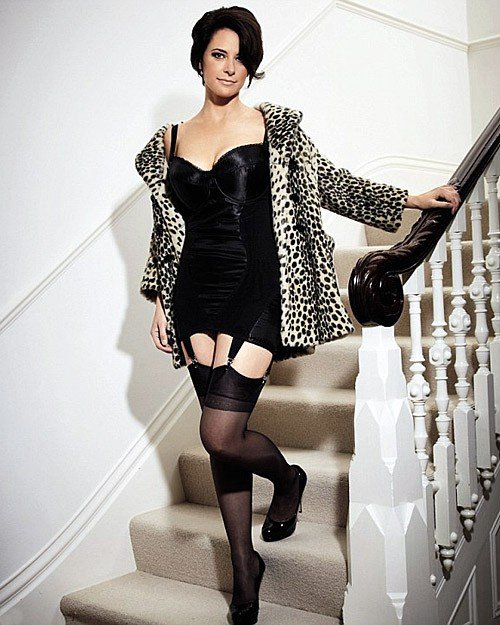 ‘She’s not really a prostitute or a stripper, but in their heads she’s all of those things. She’s become incredibly popular by doing very little

‘I went to the read-through for the third series and I was literally blushing all the way through from what they were saying about me. It’s filthy, but that’s why it’s popular.’ 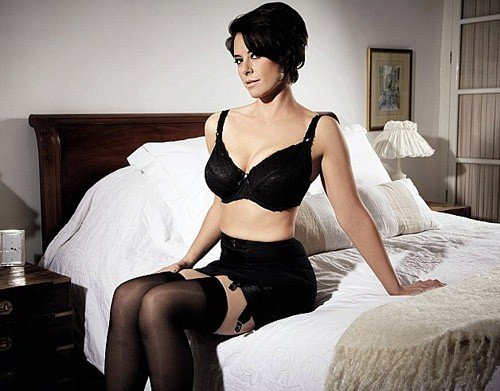 She told FHM: ‘I was never very good looking – I had my jaw pulled forward, I had a squint and a patch over one eye to straighten it up – so I thought I’d make people laugh to get them on my side. I thought it was quite cool though, as I was sure I looked like a pirate.

‘Comedy is my choice as it’s what I’ve always enjoyed doing. I used to put on sketch shows at boarding school when I was eight. I’m not sure about the material, but it did used to get a laugh.’ 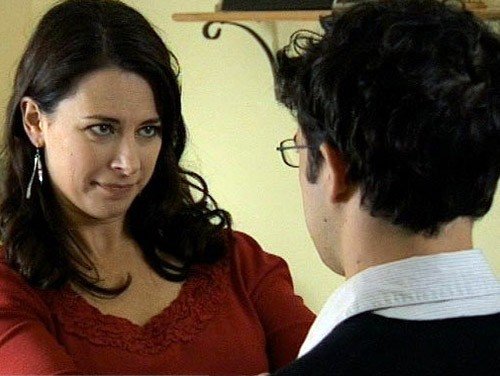 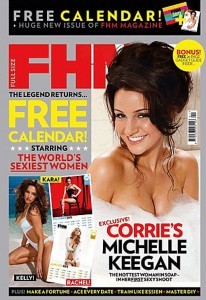 As well as starring in The Inbetweeners, Stewart-Wilson is well-known on the comedy field for her roles in sketch shows such as The Peter Serafinowicz Show, The IT Crowd and The Armstrong And Miller Show.

Stewart-Wilson is the daughter of Sir Blair Stewart-Wilson, who acted as the Queen Elizabeth’s Equerry when she was younger.

But the actress says that while having friends in such high places might seem strange to some, it was everyday life for her.

She added: ‘It sounds weird but it seemed perfectly normal at the time. I met her a few times as well as Prince Charles.

‘The royal family are very good at making you feel at ease, totally relaxed and like you’re the most important person in the room.

The full interview appears in this month’s FHM magazine, out now