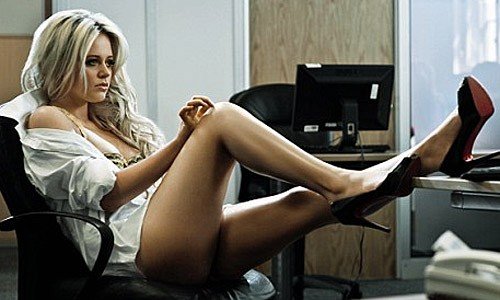 The girls are guaranteed to brighten up any office. The shoot includes a photocopier. Oh yes!

The Inbetweeners are back later this month – and teens Will, Simon, Jay and Neil have a new female six former to drool over.

Former Hollyoaks star Hannah Tointon, 22, joins the cast for season four of the comedy when it starts again on E4 on September 13. 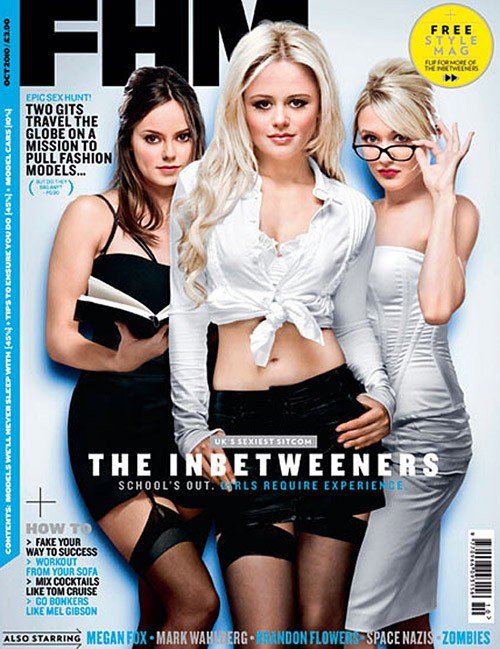 The younger sister of former EastEnder’s star Kara, 27, Hannah joins original Inbetweeners Emily Head and Emily Atack, to launch the new season of the show with this saucy secretary photoshoot in this month’s FHM.

Hannash says: ‘I’ve never laughed so much reading something as when I got the audition script. ‘I got home after the first audition and got through the whole of Series One and Two in one night. I became a fan overnight.’ 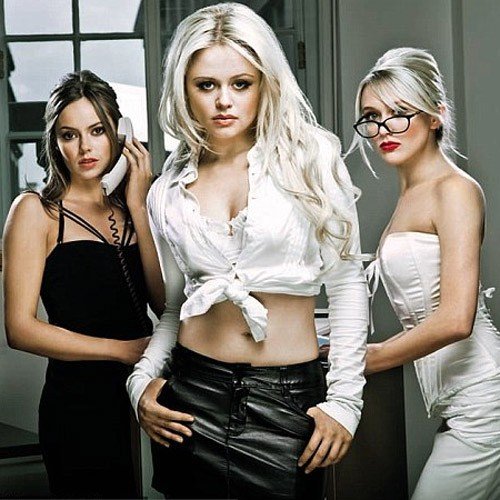 She added: ‘It’s just funny to see what goes through boys minds, because as a girl you don’t really know. I think that’s why girls like it. ‘They finally understand the weirdness.’

Check the full interview and more pictures in this month’s FHM Magazine, on sale now.
www.fhm.com