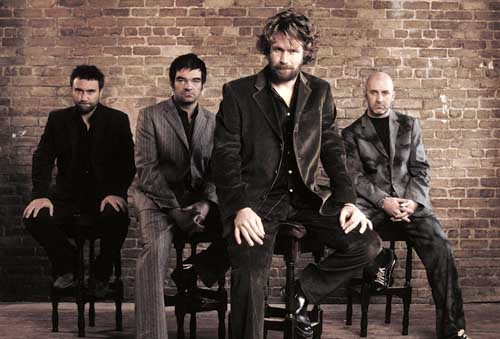 With their fifth and latest studio album, â€˜Into Your Heartâ€™, Hothouse Flowers are planning to steal their way into hearts everywhere.

“The one thing I tell everyone,” says Hothouse Flowers guitarist Fiachna Oâ€™Braonain, “is that this record is the most raw, soulful record we have ever done.” Coupling the Flowersâ€™ hunger for a solid soul sound along with the distinctive, instantly recognisable vocals of lead singer Liam O Maonlai, â€™Into Your Heartâ€™ is the sound of a band in love with their music – and completely comfortable with the many roots and sources that give their music its unique vibe.

‘Your Love Goes On’, the first new single from the record, debuted as the highest-ranking new single that week in the Irish charts. With the February 6th release of â€˜Into Your Heartâ€™ in Ireland and a scheduled mid-March release in the UK, the band plans to tour extensively behind the record. Additional world/regional releases are being planned throughout the year.

With the pressure long gone off the band as Irelandâ€™s next big thing, Liam, Fiachna, Peter Oâ€™Toole, bassist, and drummer Dave Clarke can get on with the more enjoyable task of making albums according to their own pace. Recent years have seen them play festivals in Europe and take on concert tours across North America where Rolling Stone magazine once dubbed them â€˜the best unsigned band in Europeâ€™.

This coming year expect to hear a lot more from the Flowers as they make their way into more and more hearts around the world.