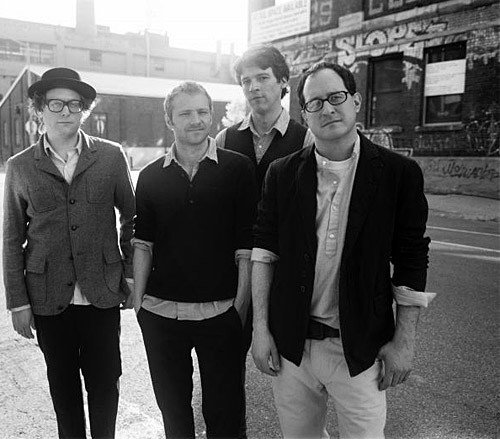 THE HOLD STEADY by Craig Finn:

The Hold Steady was born out of some loose talk in my Boreum Hill apartment in 2002. I had moved to Brooklyn about two years earlier.

I was thirty-one years old, and the other dudes were about my same age. Our concept was to start a straight rock band, with low aspirations. Just local shows, no touring, and most likely, no real records.

We practiced for a while and then played our first show in January 2003 at North Six, in Williamsburg. I was surprised at how many people showed up.

The show went well. It reminded us, all veterans of hard luck bands, that music can be fun. We quickly broke our rules about no touring and records, and released three records in three years. We lost one member and added two others. 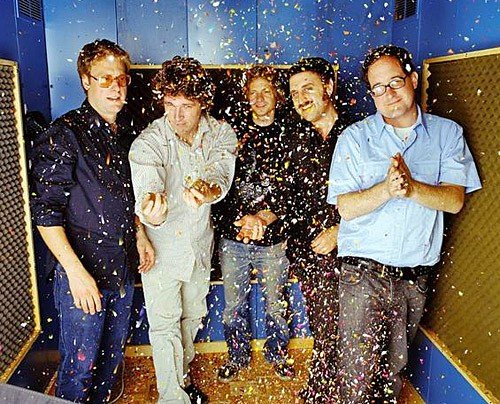 The most recent record, 2006â€™s Boys & Girls in America, was successful enough to get us in a bunch of magazines and take us pretty much around the world. It was, to be honest, pretty ironic- the band that set out to do nothing became a critics favorite and a touring machine. The Hold Steady had become our lives.

When the touring wrapped up, we went straight into rehearsals and fleshed out the ideas that were banging around. As with each record, there was a desire to make it more musical than the last one.

In this case, more musical meant an attempt at more dynamics, different instrumentation, more complex arrangements, and not always hiding behind raw volume.

The songs came together quickly, but were painstakingly rehearsed and reviewed, with many minor changes made along the way.

Now on their fifth album Heaven Is Whenever, The Hold Steady continue to gain attention from international audiences and media earning more praise as each record is release and each show is played.