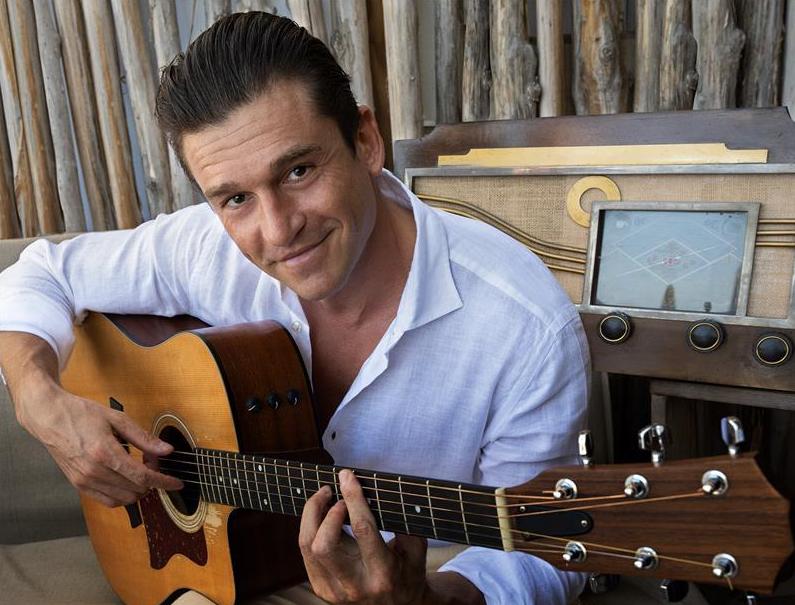 This is a fun one! Over five years since their last release, the hugely successful Gypsy Queens are back with a new single, their version of I’m Into Something Good featuring vocals from Peter Noone, the singer of Herman’s Hermit 1965 original.  “This has always been a favourite song of mine, one we’ve been covering since we first started busking over 20 years ago” says frontman Didier Casnati.

With their signature feel good sound, they’ve reprised a 60s classic and given it a fresh feel for 2021 and it definitely lifts the lockdown spirits.

The single was produced by multi-Grammy winning Larry Klein who has worked with the likes of Joni Mitchell, Tracy Chapman, Brian Adams, Herbie Hancock and Melody Gardot – and it’s the first single from an upcoming new album, which will feature lots more special guests.

The highlight of your career so far?…Playing at Glastonbury, the day after we were busking in Rome.

To celebrate their return, we asked Didier a few questions:

Welcome to Fame Magazine, how are you today?

Thank you! Really well, we are healthy, and that’s really important!

Tell us about your new single:

We were very lucky to record “I’m into something good” with Herman’s Hermit Peter Noone, and producer Larry Klein, in Los Angeles at the beginning of 2020. After a crazy year of uncertainties, we finally decided to release it February 12 2021, as we felt the whole world could do with “something good” for this year!

Individually the answer could be very vast and diverse. As a band, we tend to like the musicality of The Beach Boys, the Elton John energy, the Rat Pack’s performance.

You’re known for bringing the party with your live shows, tell us what we should expect if we come to see you play?

Seeing The Gypsy Queens performance is (hopefully) making you feel the performance has been tailored to you, and your mood.We have a vast repertoire of songs that “you didn’t know you wanted to hear”.

Highlight of your career so far:

Playing at Glastonbury, the day after we were busking in Rome.

We really hope things are going to be better, but we think this is a collective effort, in fact this is when a global synchronised effort would be necessary, to get out of this faster, without inequalities. We hope to bring back joy with our performances to the largest number of people.