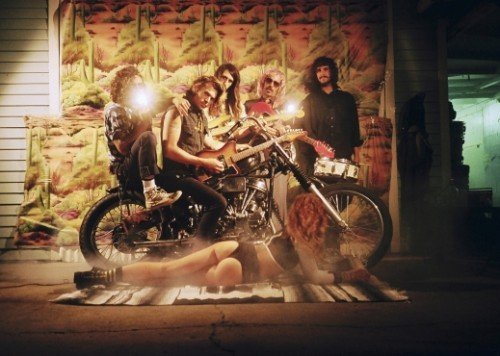 Hard working band with a strong DIY ethic, The Growlers, stream their new track ‘Humdrum Blues’, taken from ‘Not. Psych!’ EP, released on 14th October on 12″ vinyl and digital download, via for FatCat.

‘Humdrum Blues’ is one of the boldest and most direct pop songs The Growlers have yet written, and also one of the most heartfelt.

The track’s lyrics detail the effect of that lifestyle on relationships, specifically one in which a girlfriend wants a “ring on her hand” rather than a vague commitment that isn’t “enough to keep her wondering what I do when I’m gone”.

Nielsen’s cracked croon suits the road-weary nature of the song as he sings “I never wanted money/ never wanted to chase these dragons/ not afraid of being lonely/ but if she leaves I don’t know what will happen”, a confessional that places the listener as a sympathetic drinking partner, a mood enhanced by the dive bar organ that permeates the track.