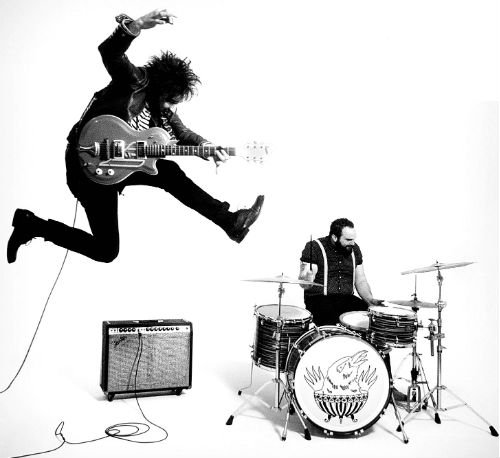 Two driven Aussie expats and now hotly-tipped London-based garage rock duo The Graveltones (Jimmy O – guitar and vox & Mikey Sorbello – drums), are fresh off a massive European tour…so there was no better time to talk to them about their nomination for Best New Band of 2013 in this year’s Classic Rock Awards, making friends on tour, Australia, their strong debut album ‘Don’t Wait Down’, Kate Moss and kitchen sync…


First up, how was the tour with Bosshoss? And are you looking forward to play at The Underworld? (November 20 w/ The Dead Daisies)

The Tour with the Bosshoss has been incredible, we’ve made some life long friends and have had the opportunity to play to a lot of people across Europe. The Underworld is going to be a bunch of fun.

Do you feel the pressure after getting named Top London bands to watch in 2012’ and nominated for the Classic Rock Awards in the Best New Band 2013 category?

No pressure, it just feels nice that people are taking notice of what we do and appreciate the music we’re making. We’re just going to keep on keeping on. 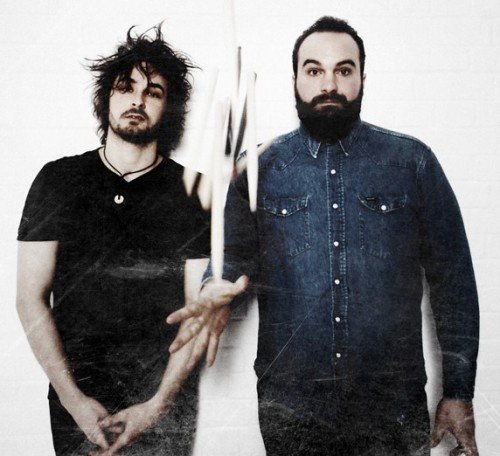 Do you have any more sync deals coming up, after the one with the Irish Lottery and Rimmel with Kate Moss?

I think there’s a kitchen sync coming up in the future.

Tell us a bit about your early days in Australia and how they differ from now?

We never knew each other in Australia but we come from very similar backgrounds, I guess we never really fitted in there…..we were both kicking around doing things with music and now it feels as though we’ve found it. Our goals have never changed only our environment which has impacted greatly on we do.

After more than 350 live gigs played, do you still get nervous before a performance?

Actually we never have been nervous for a show, not sure why that is, we’ve always felt at home being on stage.

The last show was Stuttgart Germany with the Bosshoss, the show was kicking we had a blast playing, people was jiving. 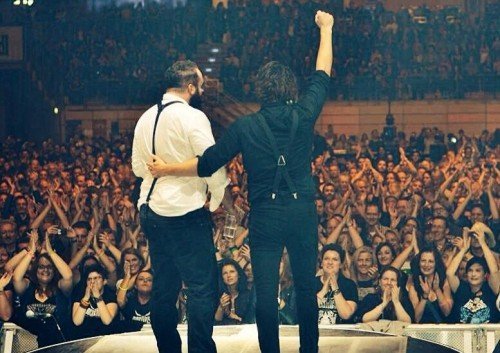 Who would you want to do a concert with?

ummmm… the list is pretty big but I think Neil Young takes the cake.

Well it helped us make our debut album, and connected us with loads of our fans, it really did help us a lot, it’s a great idea and we hope it does the same for many other independent bands.

Not to mention specific names but we have a hell of a good team around us, who all believe in what we do and are as passionate about it as we are.

We’ve got loads of things coming up, December we’ll be writing the next album, we’re going to be on the road touring for most of next year, it’s going to be busy, we’ll be sure to keep you posted.

Don’t Wait Down’ is out NOW through the band’s own independent label Lagoon Dog Records, and distributed by RSK Entertainment.