From sold out word tours to onstage appearances with Bruce Springsteen, the band have primed their huge UK audience for their eagerly anticipated third album â€œAmerican Slangâ€, which is available now. 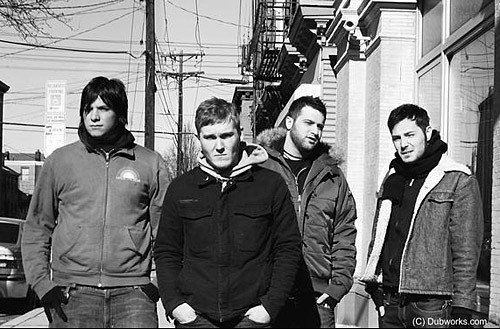 The Gaslight Anthem exploded out of the New Brunswick punk underground with 2007â€™s energetic debut, SINK OR SWIM (XOXO Records).

The SEÃ‘OR AND THE QUEEN (Sabot Productions) EP followed in early 2008, its ambition foreshadowing the bandâ€™s stunning SideOneDummy Records debut, THE â€™59 SOUND.

With its melding of classic rock, soul and punk power, the album proved an immediate critical and popular sensation, with The New York Times praising the â€œrich, lustrous songwritingâ€ and â€œtaut punk arrangements,â€ noting that Fallonâ€™s â€œcasually observed storytelling, overflowing with detail, seethes with a cool desperation reminiscent of Mr. Springsteen in the late â€™70s.â€

Having made their bones playing 200 nights a year in packed clubs across the US, Europe, and Australia, The Gaslight Anthem hit the road hard in 2008 and never looked back. 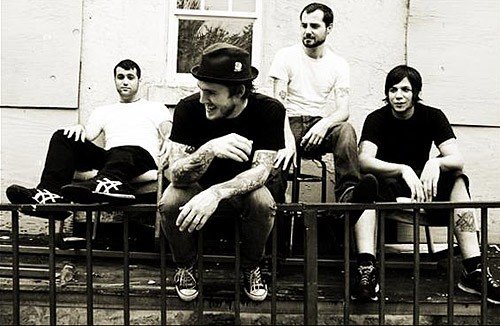 The band headlined sold out shows around the planet and shared stages with an array of like-minded artists, including Social Distortion, Rise Against, Against Me!, and the aforementioned Mr. Springsteen, who joined the band onstage for stunning performances of â€œThe â€™59 Soundâ€ at 2009â€™s Glastonbury Festival and Hard Rock Calling in Londonâ€™s Hyde Park.

Songs like â€œBring It On,â€ â€œOrphansâ€ and the rousing title track bristle and burn with the spirit of soul, the energy of punk, and the artistic ambition of any hall of famer youâ€™d care to name.

AMERICAN SLANG is the battle cry of a great band finding its own voice and using it to shout to the rooftops and beyond.