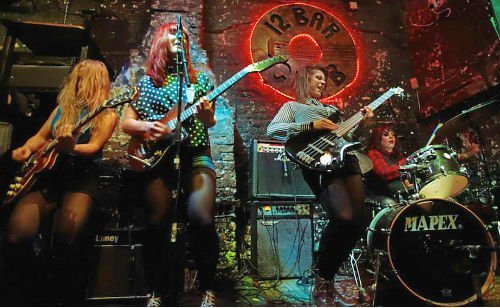 The young rockers open up about their their self titled debut EP, their kick-ass live shows in London and US and…not taking their clothes off for cheesy pop. If you’re bored of rock music, then you haven’t heard these girls play…

Nicole: Fast, loud & tight. It’s a multitude of influences that meld together effortlessly.

What is the idea behind your debut EP?

The Franklys: The idea behind the EP was to express the different styles of our music and use it as a showcase tool to get the band out there. The response has been amazing!

Nicole: I met Jen & Fanny through a mutual friend in October 2011 and it just clicked!

Jen: Me and Fanny are childhood friends from Sweden and have played music together for 8 years now. We moved to London together and later on met our two soul mates, Zoe and Nicole. We started gigging as The Franklys properly in March 2012 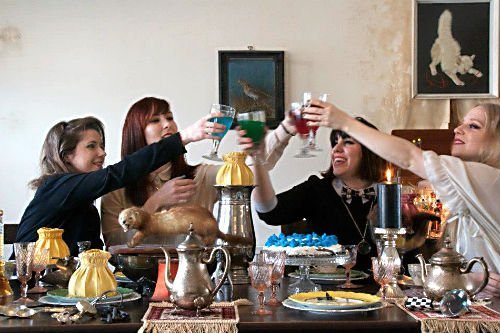 Nicole: My musical influences are from both the past & present. I grew up on Big D 103 FM, the home of the oldies. I’m into the 60’s psych but appreciate anything that’s GOOD, from grunge to rock’n’roll.

There are a lot of good bands surging again, which is refreshing for the music industry. Its nice to see people supporting “bands” again and not manufactured one hit(not sure for who) wonders that disappear quickly. It would be a blessing for the industry if X-Factor-mumble-jumble was to be banned.

Someone should bring back another “Top of The Pops” again and support musicians. Living in the times where anyone can be a star & win a reality TV show, it really takes away from the “Band” mentality.

Jen: I was a huge Ebba Gron (Swedish punk band) fan when I was in my mid teens. My taste later on developed into more rocky stuff like The Hives and Mando Diao, as well as heavier stuff like Ozzy Osbourne. Later in life I discovered indie and brit pop and fell in love with everything that had to do with the UK. 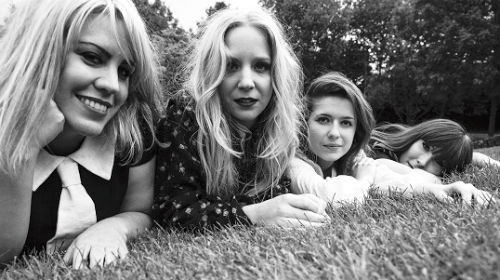 Nicole: Personally, I do find that being female can be hard at times. I know it’s an all boys club and sometimes I feel women get pushed aside if they’re not taking their clothes off and making cheesy pop.

Jen: I think it’s hard for women to be taken serious in the music business, especially within the rock genre. We’ve had many people coming up to us after gigs throwing comments like “Oh, you guys are actually good for being girls” which can be pretty offensive. I don’t think a band with dudes in it would ever get a comment like that. People just don’t expect women to be able to play an instrument.

You just returned from an East Coast US Tour. What do you think of it ?

Nicole: WoW, it was a fantastic experience as a band! The response that we received in the USA was brilliant, it was a different kind of feeling from playing in London. Sometimes i feel that playing in your home town, London, people take advantage of the fact that they feel they can see you any time.

Where as on tour, people we’re really appreciative & honest and seem to have a great time, and that’s what its about. I cant wait to do it again! 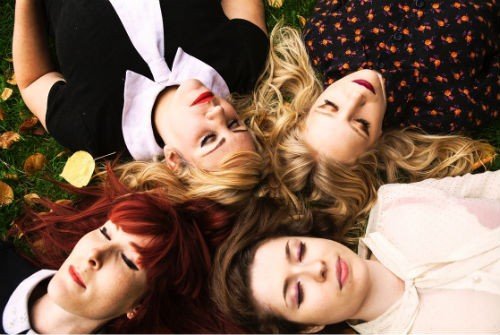 Nicole: On our USA tour, we took the NYC china town bus to Baltimore. On our way there, the bus started billowing with smoke, the engine or something caught on fire. There were all these really southern ladies on the bus hooting & hollering, it was fantastic, “Oh Man, I Ain’t sitting in smoke”, “Oh No It dont”.

The bus driver after stopping twice & seeing the smoke finally agreed to change buses. It was a real American experience & all was fixed in a jiffy so it was a laugh or lets say a smoky experience. Also, the Midway Cafe in Jamaica plain was emotional show as I saw my old band member’s from back in the day, it had been years! Or Maybe when the bus driver & I found a stow away on the bottom carrage of the bus.

That was crazy, The bus driver was a bit of a control freak, telling people to stop talking…& then he found the run away & just left him in there..He did go thru our bags, we thought, Thee could be a lot of Franklys t shirts out there, hhaaaaa

Jen: THE FOOD! Seriously, not one bad meal during the whole stay. It was incredible! 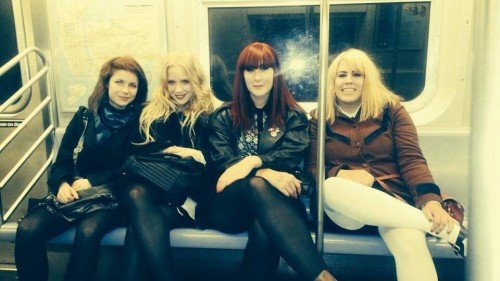 Nicole: you know when the crowd is really into it & you can’t beat that feeling, when you see them nodding away and sometimes playing air guitar. I feed off the crowd so it’s always so important I have that connection.

Jen: I love it when I can see people singing along to the lyrics, as well as when people are having a dance-off in the front!

Nicole: I would have to say releasing our EP & touring the USA. There are so many accomplishments that we have achieved in a short time, Im really proud of all the hard work & dedication we have all put in.

The Franklys: Recording a new single is the next move for the band. We have been writing so much new material and we want to get this out. We are also focusing on touring Europe & the USA Again….Exciting!

Nicole: mmmm, that’s a tough one. Personally, The Damned…I Think.

Jen: Josh Homme. In every way! I would get John Lennon back from the dead as well.