The Frames play The Mandela Hall on Saturday 11 December as part of the bandâ€™s 20th Anniversary tour. 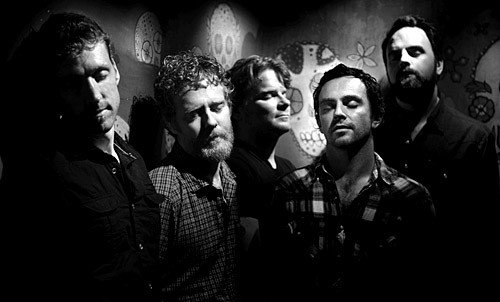 The Belfast show â€“ their first since 2007 â€“ is one of only eight European dates on this celebratory run by the Dublin band.

The Frames returned to the frey with a performance on the main stage at Electric Picnic last weekend – their first show anywhere in almost three years.

It was a frenetic run-through of the best of their back catalogue, and a truly memorable night for band and audience alike.

The band has been working under the guise of The Swell Season in the interim, bagging an Oscar and relentlessly touring two international hit albums globally.

When the current tour in support of Strict Joy finishes in the autumn, The Frames briefly take to the road again.

The bandâ€™s newsletter announcing the shows said: â€œWhat better (and only way really) to celebrate 20 years of this particular band being around, than to do a few gigs to mark the occasion. No plugging an album or single agenda.

Just going out and playing music and enjoying the vibe. We have a limited amount of time and are sorry that we canâ€™t get everywhere on this run, but, we just can’t make any more days appear in November and Decemberâ€


www.theframes.ie
THE FRAMES
SATURDAY 11 DECEMBER 2010
MANDELA HALL, BELFAST
On sale at 9am this Friday, 10 September
Tickets for the Belfast show are Â£22.50 (inc booking fee) from all Ticketmaster outlets, www.ticketmaster.ie and their 24 hour ticketline on 0844 277 4

A portion of tickets proceeds from the tour will benefit the (RED) Global Fund.