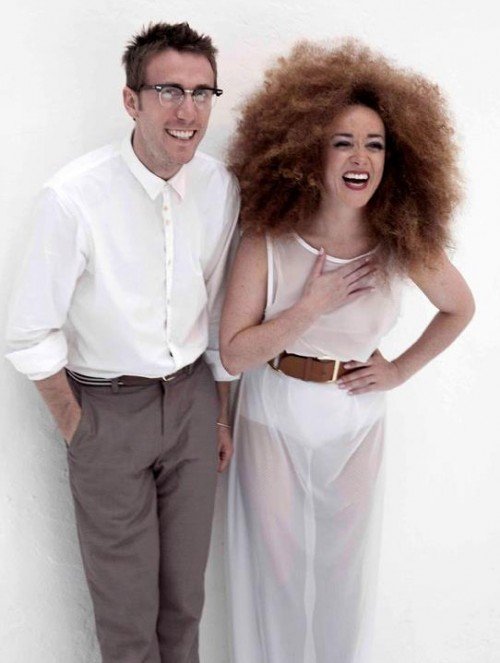 UK pop duo The Fix (Rhianna Kenny & Bill Laurance) have a unique sound, it is one that tells a story, creates vivid imagery and it showcases their collective influences and musical skills. We recently caught up with The Fix to chat about their music and plans for the future.

Your music highlights not only your pop and jazz backgrounds, but features a number of other musical influences, what inspires your writing?

We are interested in the balance between man and machine so we will often start with a strong electric pulse and compliment it with more human elements.

In particular world folk instruments which add an element of weirdness that we like.

How would you best describe your sound/style?

You are quickly gaining momentum as a band, has it taken you long to get to this point in your collective career?

It’s taken a while, but we have been working ‘seriously’ on it for about a year. We are about to release our first single on iTunes and there’s been a lot of hard work behind that happening.

Thinking of a band name, building a website, making a video……and all that stuff takes a lot longer when you dont have the power, or the budget ,of a record company behind you. We have relied a lot on friends and favours to get this far. 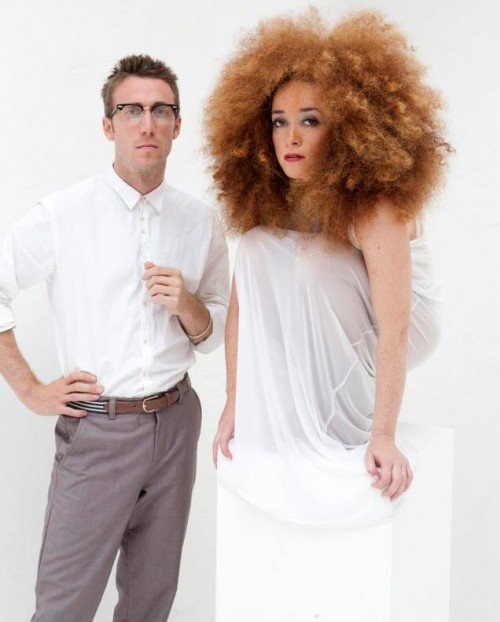 How did The Fix form?

We met through a mutual friend and worked on a completely different project together. We decided to try writing together and something just clicked, be both knew we were onto something good so we just kept doing it!

Can you describe your early individual musical careers?

We were both into music as children and I guess just stuck with it. Rhianna started singing backing vocals touring with her brother’s band while she was still in high school.

Bill studied the piano from an early age and was in a band with Miss Dynamite at school.

What plans do you have for album/single releases in 2012?

We are in the middle of a tour supporting a very innovative american band called Snarky Puppy, there have been talks of further collaboration with those guys in the autumn.

We have some very exciting ideas about doing something that has never been done before; to record live drums with Midi triggers allowing us to combine a live drum sound with a programmed drum sound and all with a human feel.

Can you let us know what is best for The Fix, recording in a studio or playing live?

For me, (rhianna) live is always where it’s at for me. Creating music in a studio is what we do, so we can share it. Connecting with a group of people and conveying an emotion, making them feel something, is intrinsic to this project and has always been my reason to push this project and make it exciting.

Do you have an tour/festival appearance plans in the works?

We are still a very relatively new band, we are currently on our second ever tour and we have played a handful of gigs in London. The response has been overwhelming and made all the hard work worth it! So more gigs are definitely on the horizon.

Whose music do The Fix enjoy listening too?

We both have very eclectic tastes and generally appreciate good and interesting music. I listen to Kate Bush a lot, Bill and I bonded over a love of Paul Simon. We both enjoy a lot of African music. Oh and dance music! We love a dance.

What do you do to relax and wind down?

We have been so busy over the last months, I’ve forgotten what it’s like to relax! We are in Scotland at the moment, and the idea of walking in the highlands for a few days is incredibly appealing.

The people here have been so incredibly friendly and the scenery is just beautiful. But I guess our only relaxation for a while is going to a bed and lots of sleep!

What was ‘the dream’ when you formed the band?

It was a very natural process for us to work together and it kind of happened by accident. We got on well and it was just a case of “hey, shall we try write a few songs together?” and the whole thing developed nicely over time.

We got a clutch of songs and we talked a lot about what direction we wanted to take them in.

Our ultimate dream for The Fix has always been to use real instruments alongside synthesisers and computers to create a sound that is inspiring and interesting and to play to loads of people in a field.

We want to be the name on the roster that makes you want to buy tickets to a festival.
the-fix.co.uk
facebook.com/thefixthefix
twitter.com/littlefixuk