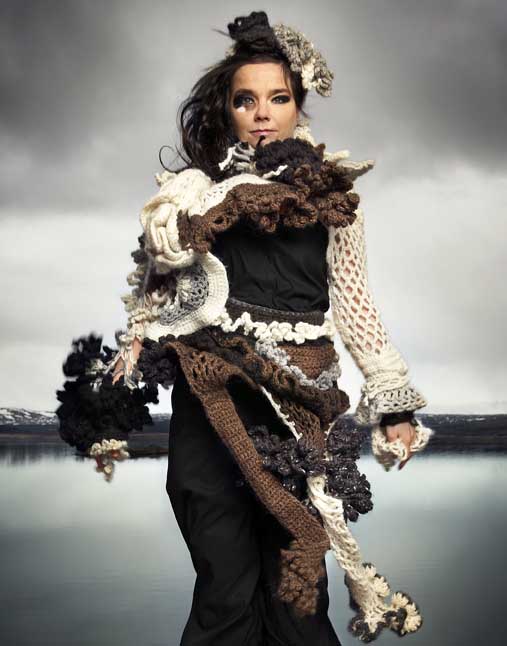 Bjork, one of the music sceneâ€™s most enduringly enigmatic and unique talents, will make her long awaited Belfast debut as a solo artist on 28th April at the cityâ€™s Waterfront Hall.

The show, part of the world tour following on from the release of last yearâ€™s album Volta, is the only performance announced for all of Ireland in 2008.

Volta included production by hip-hop icon Timbaland, a cameo by Antony (and The Johnsons) Hegarty, the input of renowned world and jazz musicians and was hailed by music critics and fans. Danceable and upbeat, collaged with the sounds of nature and more, the latest recorded chapter in Bjorkâ€™s shape-shifting career signalled another remarkable departure.

BjÃ¶rk GuÃ°mundsdÃ³ttir was born on November 21st, 1965, in ReykjavÃ­k, Iceland. A child star, of musical parentage, she had performed the traditional folk of her country, rock and anarcho punk by her mid teens.

Bjork came to international attention as one of the lead vocalists of the avant-pop Icelandic sextet the Sugarcubes in the late 80s, whose best known songs include Birthday and Hit, and who played their own Belfast headliner in 1991.

A move to London at the height of the expolosion of dance music culture marked The Sugarcubes demise and saw BjÃ¶rk work with producer Nellee Hooper on 1993’s multi million selling Debut. It spawned landmark singles Human Behaviour, Venus as a Boy and Big Time Sensuality, won album of the year by NME, and saw Bjork pick up awards for International Female Solo Artist and Newcomer at the BRIT Awards

Working and callaborating since with an extraordinary range of fellow innovators – Underworld, Tricky, Madonna, David Arnold, Howie B and 808 State among them â€“ Bjork has steered an idiosyncratic course.

Homogenic (1997) her most experimental studio effort to date followed, and saw the multi-instrumentalist move creatively to production controls and geographically home to Iceland.

It was followed by Vespertine (2001) which demonstrated Bjorkâ€™s sophisticated symphonic sense and her electronically avant-garde prowess.

The all-vocals and vocal samples-based album MedÃºlla (2004) pushed at new boundaries and one of its songs Oceania was performed at the Olympics in Athens.

Not limited by the strictures of her central musical career Bjork has excelled in film work. She was named Best Actress by jurors at the Cannes Film Festival for her work in Lars von Trier’s Palme d’Or-winning Dancer in the Dark, and nominated for an Oscar for the song Iâ€™ve Seen It All.

The soundtrack to Drawing Restraint 9, a film by multimedia artist Matthew Barney (her current partner) in which she also plays a role, arrived in 2005 and featured contributions from Will Oldham (who finished up making a record in Iceland as a result).

The Volta tour began in Iceland in the Spring of 2007 and will have visited all continents before it rolls into Belfast. Playing to rave reviews, Bjork has entranced audiences around the world with a hyponotic, mesmerizing and colourful show which revists all periods of her solo career to date.
bjork.com
BJORK
WATERFRONT HALL, BELFAST
MONDAY 28 APRIL 2008
Tickets go on sale to the general public Thursday 22 November from 9am
Doors 7.00pm. Tickets â€“ either standing or seated – are Â£39.00 (inc booking fee), and are available across the counter from Ticketmaster outlets, online at www.ticketmaster.ie , and on their 24 hour booking line on 0870 243 4455. (sales may be subject to credit card charges and the commissions of Ticketmaster agents).