The Enemy have confirmed a special intimate club show at Belfast’s Spring and Airbrake for 22 April 2009.

The show follows much larger headlining appearances in Belfast, at BELSONIC and at The Nugent Hall, so tickets are sure to be in demand for the Ormeau Avenue visit.

Scheduled for release in April 2009, The Enemy are currently recording the eagerly anticipated follow-up to their all-conquering debut album ‘We’ll Live and Die in These Towns’ at studios in Coventry and London with producer Mike Crossey (Arctic Monkeys, Razorlight, Foals, The Zutons). 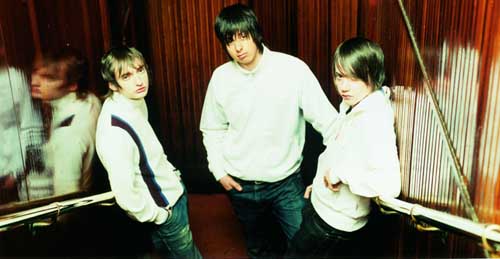 The Enemy recently confirmed their biggest headline tour to date for March and April next year which concludes at London’s Brixton Academy.

‘We’ll Live and Die in These Towns’ hit the top of the album charts and was soon certified Platinum, ensuring The Enemy’s status as one of the UK’s biggest bands in the process.

They also earned a plethora of major awards including NME and Q’s Best New Band and XFM’s Best Debut Album. Having played at the Reading and Leeds festivals and the BBC’s Electric Proms, they also headlined NME’s Rock & Roll Riot tour before heading to Japan for the first time.

They also made history with two phenomenal homecoming shows at Coventry’s Ricoh Arena.

In October 2008, The Enemy were confirmed to support Oasis during their UK stadium tour next summer. The tour includes two Oasis homecoming shows at Manchester’s Heaton Park and culminates with two prestigious nights at Wembley Stadium and includes an appearance at Slane Castle.
theenemy.com
THE ENEMY
Plus support
SPRING AND AIRBRAKE BELFAST
WEDNESDAY 22 APRIL 2009
ONSALE FRIDAY 21 NOVEMBER
Tickets £20.00 + booking fee and are available across the counter from all Ticketmaster outlets, online at www.ticketmaster.ie