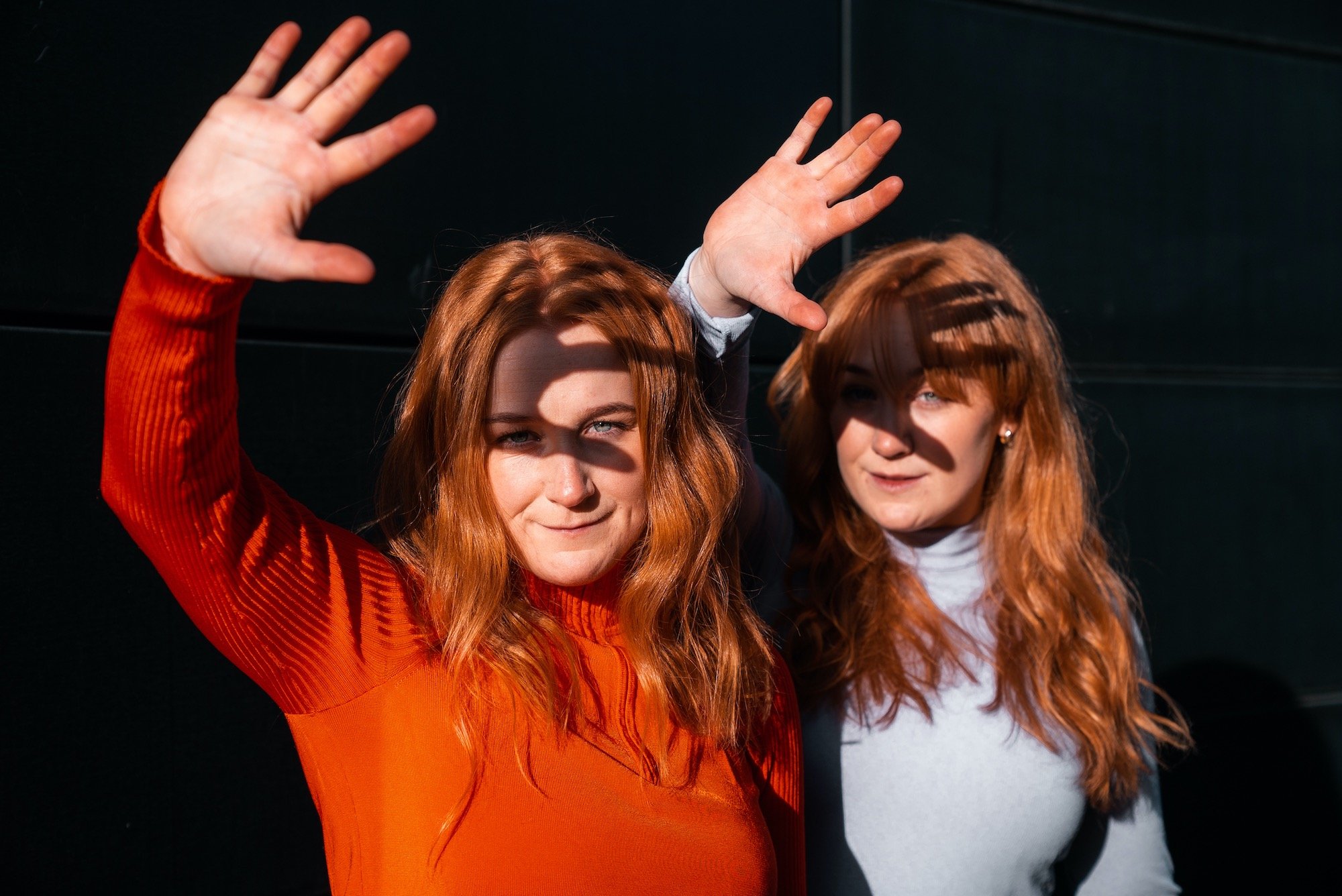 The first album we remember getting, was a Christmas present from our parents. We got “Sparks Fly” by Taylor Swift, and we were 14 years old. When she was touring that album, we went to see her concert in Oslo, and it is the first memory of a concert experience that had a huge impact on our thoughts around music.

We are songwriters first, so regardless of genre and age, we truly get inspired by good songwriting. From an early age, we listened to artists like Elton John, Dolly Parton, Simon & Garfunkel, Stevie Wonder, Joni Mitchell, John Lennon, and several Norwegian artists. We have always been very inspired by Taylor Swift, and how she challenges herself with her art, and at the same time has such a clear vision of placing her integrity in centre always. The 1989 album made us want to write pop music. Lorde is also a huge inspiration, with her incomparable way of writing lyrics portraying the many aspects of life, and how being young sometimes feels like learning to handle tragedies; Adele has always been a big inspiration, with her captivating songs and her incredible way of expressing herself; Ed Sheeran has been an important inspiration with his distinctive songwriting, and how he can always grab a guitar and play any song stripped down; Lennon Stella is a huge inspiration, with her way of being an artist by heart and carrying her honest and beautiful music universe so gracefully.  Norway also has a lot of inspiring artists like Sigrid, Dagny, AURORA and SKAAR. We are also very inspired by the songwriting and artistry of Alec Benjamin, Julia Michaels, Camila Cabello, Frank Ocean, Conan Grey, Troye Sivan, Lizzo, Shawn Mendes, Leon Bridges, Sam Smith, and Imagine Dragons to name a few. As you can see, we listen to lots of different music.

Charlotte: There are many! Timothée Chalamet is a huge inspiration to me. He has a way of looking at art that is really fascinating. I read this interview with him, where he talked about acting and how he sees himself as a fan first, artist second, and an actor third. I really connect with that. I feel like a fan of music first, an artist second, and a musician third. He also explained, how when he reads a great script, he gets this feeling of claustrophobia because he really wants to be a part of it. That´s how it feels when I have a song idea and I need to get it out. I want to be a part of that honest artistic flow when the wave hits, you know?

Maren: Michelle Obama just makes me feel like the world can become a good place. She is so fierce, strong, wise and intelligent. I am really inspired by her – and people like her are the reason for that little voice in the back of my head saying “you can do it, you can do it”. And by that I mean you can overcome any barrier you stand in front of; it does not have to be of huge importance to the world. It can be as simple as daring to go for another day in in your own skin, and being proud of that. I find it very brave to show up undone. And when I am in spaces where I am free, mainly on stage and in the studio, I forget for an hour how brave it is. I just exist. And then if I meet someone who appreciates the honesty afterwards, I have the moment of “I did it, I did it – I showed up undone”. It can be as small and simple as that, yet feel so big. The rest of the time I am conscious of bravery, and I find myself in need to use it in a hundred different ways – and each time it inspires music.

Tell us about your new single for Cars?

Cars is the very first single we are releasing as The Ella Sisters, and that is really exciting. We wanted to write about the experience of being part of a generation that, for better or worse, moves fast. Everything goes in high speed, and we wanted to portray that. The song was written from the perspective of losing someone who leaves to pursue happiness elsewhere, without thinking of the possible regrets for the loss. When everything moves rapidly, it is easy to become jaded about things. Sometimes it makes it hard to understand our emotions. In reality, good things take time. It takes patience. Cars is about that.

Music! We are very excited about releasing more music and sharing some of our thoughts and experiences through our songs. It has been a long time coming, so it feels good to finally share.