Having just finished an intimate sold out three-date UK tour this week (where they were watched by Morrissey, Mike Joyce and Andy Rourke of The Smiths), The Drums are delighted to announce the release of new single “Forever and Ever Amen” on May 31st.

The Drums’ two June headline shows @ the 900 capacity venue, Heaven are now SOLD OUT, but the band will headline the Junction Cambridge on June 29th as a warm up for their support slot with Kings of Leon at Hyde Park, London the following night. 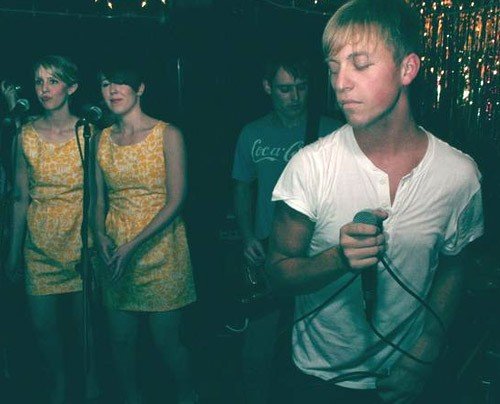 Details of the band’s debut album will be announced shortly.
New single “Forever and Ever Amen” out May 31st

The Drums’ ‘Summertime!’ EP is out now on Moshi Moshi / Island Records.