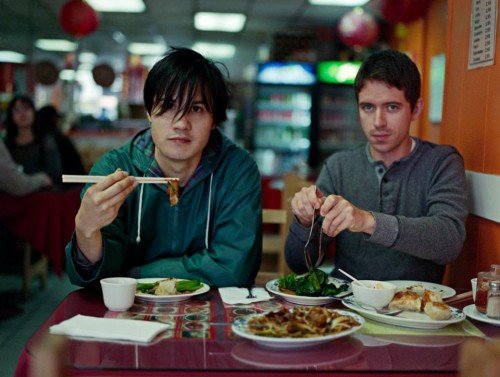 San Francisco’s The Dodos (singer and guitarist Meric Long and drummer Logan Kroeber) return with the release of their fifth LP, Carrier, on August 27 via Polyvinyl Records. The album will be released on CD, LP (180 gram blue vinyl), cassette (limited edition of 100 white cassettes) and all digital outlets.

Listen to the first gem from the album:’Confidence’, released on May 21st.


When it came time for The Dodos to begin writing their fifth LP, Carrier, singer/guitarist Meric Long wanted to start over. The uncertainty of the band’s trajectory as well as the unexpected passing of guitarist Chris Reimer (formerly of Women) brought about a reassessment of things within the band, and in particular Long’s songwriting.

Long reveals: “Chris was a huge influence on the way I think about guitar, songwriting, and music in general, seeing how he could transform and shape sound with an electric guitar inspired me to explore more tones and use those tones to begin writing a song.”

The album The Dodos crafted is refreshingly sincere: no computers, no gimmicks, just eleven songs that are beautiful and solid and true and honest.

The album will also be released by Dine Alone in Canada, Hi Note in Taiwan, Hong Kong, Singapore, Malaysia and China, P-Vine in Japan, and Jointt Corporation in Thailand.