Following a sell out and acclaimed run in December 2009 the most fabulous girls night out, Here Come The Girls, returns for a turbocharged run across Ireland and the UK, just in time for Christmas 2010. 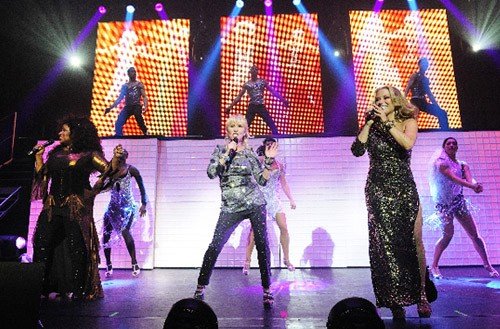 The brainchild of Lulu, this yearâ€™s show welcomes back pop diva and star of Channel 5â€™s Donâ€™t Stop Believing, Anastacia, and introduces British soul singer and star of M People, Heather Small to the sisterhood. 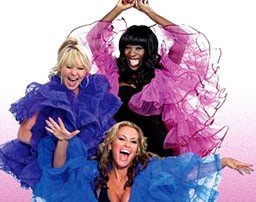 Itâ€™s a night out never to be forgotten â€“ the must-see show signals the beginning of the party season and the dawn of Woman Power!!

With a brand new Â£1 million stage set, new songs and routines, a new 7 piece band, the show will be sure to get you dancing in the aisles.

The show kicks off in Edinburgh on the 22nd November and tours until 13th December 2010. 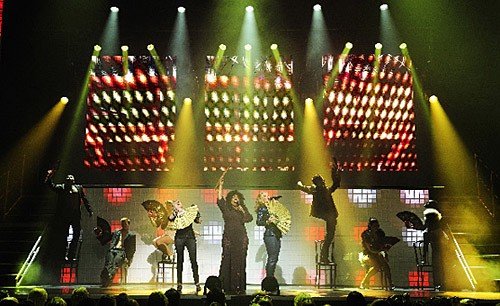 Here Come The Girls is centred on the three superstar voices – Lulu, Anastacia and M-Peopleâ€™s Heather Small – each with their own unique sense of style, humour and musical heritage. Celebrating all that it means to be a woman we defy anyone not to dance!

Such has the success been for Here Come The Girls that the producers are in talks with European and North American promoters to take the show oversees in 2011.

Lulu says:
â€œI canâ€™t wait to do another Here Come the Girls tour with my girl Anastacia and welcome Heather to the sisterhoodâ€.

Anastacia says:
“I can’t wait to get into rehearsals for Here Come The Girls. The Sisterhood is Back Part 2!!”.

Heather says:
â€œI am so excited about being a part of this fabulous show; all the music, glitz and glamour is right up my street and to be performing with Lulu and Anastacia will be fantastic. I was sat in the audience on the last tour and had such a brilliant time with my friends that I canâ€™t wait to be up on stage with the girls this time round.â€

Here Come The Girls is live from The O2, Dublin on Sunday 12 December and the Odyssey Arena, Belfast on Monday 13 December.