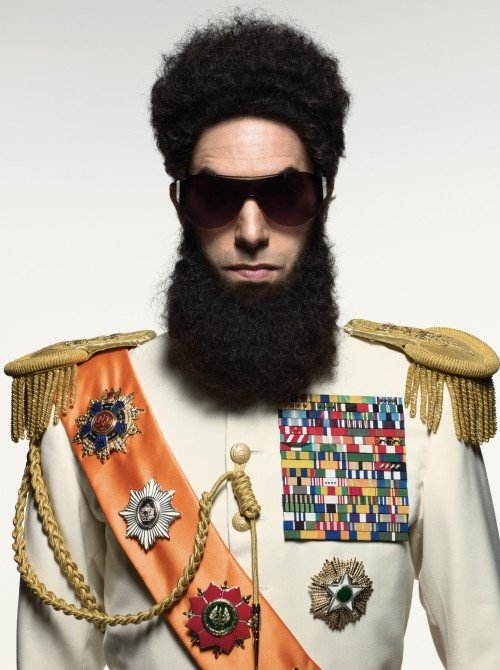 Admiral General Aladeen/Sacha Baron Cohen has reportedly been snubbed by a number of BBC chat shows.

Aladeen said: “While I am a huge admirer of state-sponsored censorship, the BBC banning me from their meagre channels is an outrage. Why are they victimising little old me?”

A spokesman for the BBC revelead: “Our chat shows thrive on the spontaneous banter between guests and the presenter, something you don’t get when people come on as characters. We’d love to have Sacha on as himself.’

Sacha Baron Cohen stars in this hilarious comedy as Admiral General Aladeen. The story of a dictator, risking his life to ensure that democracy will never come to his beloved country of Wadiya. In Cinemas This May.