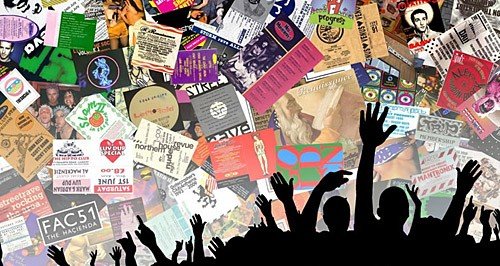 One More – The Definitive History of UK Clubbing: This documentary and book are part interview, education and nostalgia, tracks down the instigators of nightlife history and influencers of popular culture.

The answers from these pioneers are based around what track they chose to bring the curtain down on their creation? What piece of music captured the essence of their institution and what was the story behind it?

It’s an all-star DJ line-up that would have cost hundreds of thousands of pounds in its heyday…assembled for One More celebration.

You can hear from their paymasters too, the promoters of iconic club brands and venues like Renaissance, Hacienda, Venus, Golden, Gatecrasher, Miss Moneypenny’s, Trip & Sin, Progess, Turnmills, Wobble, Colours, The Escape Club, The Hippo Club and Lamerica.

Fuelled by revolutionary party drug ecstasy, this historic era of UK clubbing changed the lives of millions. This intriguing account quizzes the pioneers who made it all possible.

It’s all about how it happened, discuss what brought about the scene’s terminal decline, and then pose the unenviable question: “If tonight was your last ever gig, what would be your One More track?”
amazon.co.uk/One-More-DVD
matttrollope.com