TWO members of the well-known Belfast punk/rock band The Defects have taken a blow or two for charity at a recent boxing match.

Lead singer Buck Murdock (also of Doghouse) and bassist Aidy Fudge (also from Nasa Assassin) took to the ring in Lisburn to raise much needed cash for both the local boxing club and Marie Curie Cancer Care. 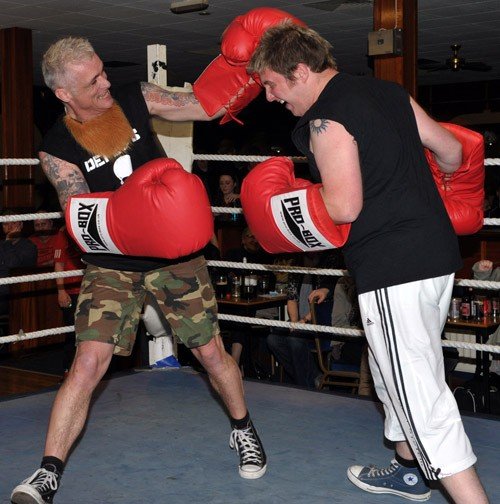 The three-round match seen the two mates box with giant gloves while the crowd cheered on and gave donations.

Organised by the Canal Boxing Club, the big charity boxing match took place during the clubâ€™s own competition which seen boxers young and old come from all over the UK and Ireland to compete. 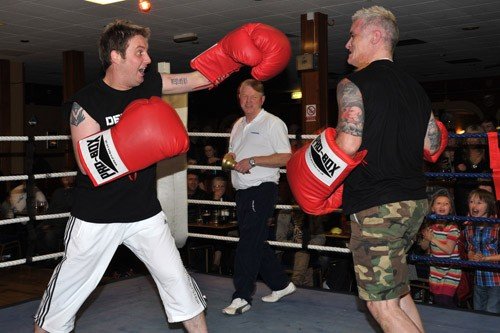 Aidy said: â€œWhen the boxing club asked us to do something for Marie Curie we couldnâ€™t really say no. I canâ€™t really see The Defects doing a sponsored walk, can you?

â€œWe knew we would get a good crowd of people who wanted to see us go three rounds in the ring against each other and we were only too happy to take part.

â€œIt was a great night and aside from raising money for a great charity we also helped raise much needed cash for the boxing club which currently doesnâ€™t get any funding whatsoever.

â€œAs for who won the match all I can say is that Marie Curie who got Â£300 was the only winner in the ring that night.â€ 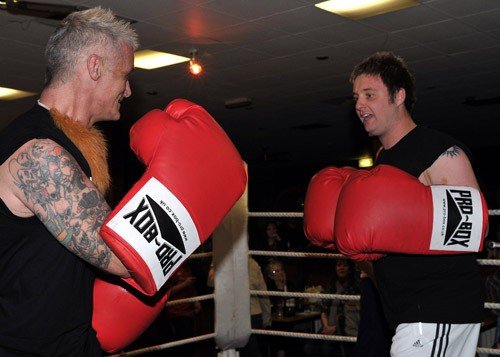 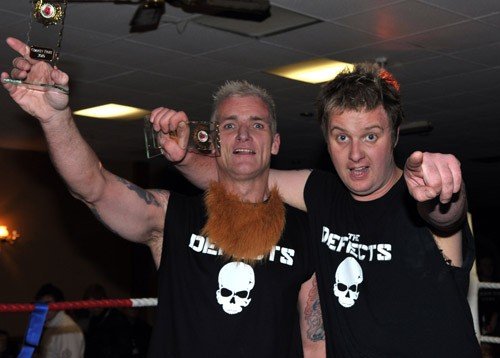 The Defects split in 1984 but reformed earlier this year with Aidy Fudge and Roy McAllister joining original members Buck Murdock and Glen Kingsmore for a one-off festival punk festival in Blackpool called Rebellion.

Now the band prepare to launch their UK and Ireland tour at Ma Nelsons in Belfast on Friday February 12, 2011 finishing at Rebellion in August.
By Tina Calder
Photos by Tim Burrows
www.myspace.com/thedefects78
www.canalboxing.co.uk