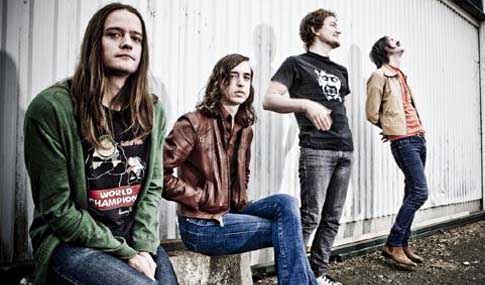 The Datsuns will be releasing a new digital single, So Long, on Monday 16th February 2009. They have been announced to play the Spring & Airbrake, Belfast on Friday 6th February. Tickets on sale now from all usual outlets. Taken from their recently released acclaimed album, Head Stunts, the track is described by singer Dolf as â€œcatchy power pop: itâ€™s more Cheap Trick than AC/DC, even though weâ€™re meant to sound like Deep Purple. 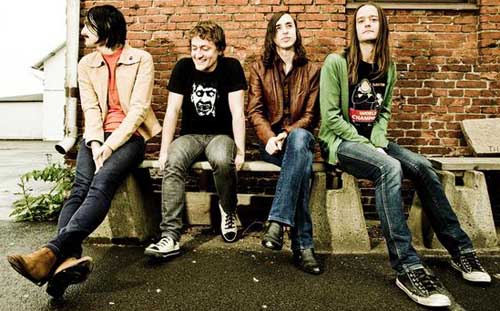 Maybe weâ€™re heavier than we think. Itâ€™s very much based on that pop aesthetic, with lots of hooks.â€ The single will also include a new track, Whatâ€™s Happening To Me?

Featuring 12 new tracks, â€œHead Stuntsâ€ was recorded in early 2008 in Sweden, and is self-produced. From the full-throttle opener Human Error, to the dirtbike guitars and frenzied pummelling of Yeah, Yeah, Just Another Mistake and the 70â€™s stomp rock of Highschool Hoodlums, the album finds the band unleashing their finest work to date. Of the album, singer Dolf says, â€œLyrically itâ€™s about mind games really, â€˜Head Stuntsâ€™ is an anagram of The Datsuns. We were aware of it all along but we didnâ€™t want to make it too obvious. We got a new member of the band on drums, Ben Cole, so it was like making our first record again, with new influences and new abilities. With a new person, we were able to feed off each other in different ways, and also revive some old ideas that did not click before. Taking those ideas, and then flipping them around, just like you do with an anagram. So I suppose there is some kind of clumsy poetry there.â€

What are we? Weâ€™re just a rockâ€™nâ€™roll band playing music the way we want to do it. It can be too light for people into heavy metal, and too heavy for people into straight garage â€“ we purposefully make it so it doesnâ€™t fit into one place. That can alienate people. Prog, punk, rock â€“ I like them all; I donâ€™t see them as conflicting.
Rock music can be very snobby. Some people only listen to rock music from between 1956 and 1966, or between 1975 and 1980. That seems very narrow-minded to me.
cookingvinyl.com / thedatsuns.com / myspace.com/thedatsuns
THE DATSUNS NEW DIGITAL SINGLE â€˜SO LONGâ€™ ON FEB 16th 2009
New album “HEAD STUNTS” out now on Cooking Vinyl
THEY PLAY THE SPRING & AIRBRAKE
FRIDAY 6TH FEBRUARY
Venue: The Spring & Airbrake
Date: Friday 6th February
Ticket Price: Â£10.00 (Subject to booking fee)
Doors: 9:00pm
Support: TBC
TICKET DETAILS
In person: From 22 Ticketmaster outlets province wide (Including Zavvi formerly Virgin) / Katy Dalyâ€™s Bar
24hr hotlines: Tel: (NI) 0870 243 4455 (ROI) 0818 719 300
Buy online: geturticket.com / ticketmaster.ie