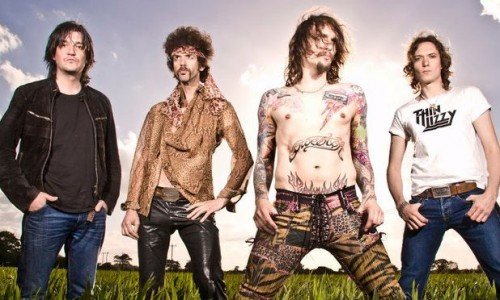 Following several months on the road with Lady Gaga in 2012, THE DARKNESS will make a triumphant return to headline touring with 2013’s ‘Let Them Eat Cakes’ world tour.

The first wave of tour announcement sees the band kicking off the New Year in North America, before venturing back to the UK and Europe for February/March.

An April 2013 revisit to Australia (where they will be joined by Joan Jett & The Blackhearts for the tour), also sees the band returning to New Zealand for the first time since the Big Day Out festival in 2004.

This first round of touring will be the first protracted run of headline shows The Darkness has been able to undertake since the release of the excellent third album ‘Hot Cakes’.
theactualdarkness.com
facebook.com/thedarknessofficial
twitter.com/TheDarkness