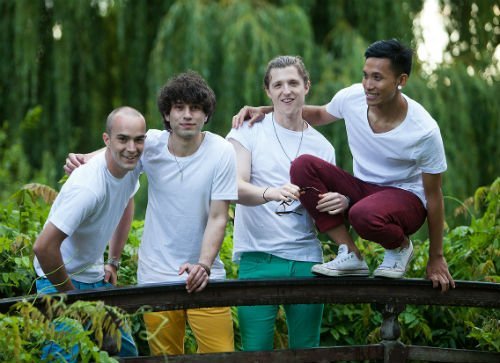 The Curious Incident’s four track EP Penny Lonesome’s theme is money, where the band explore the highs of lows of having the green stuff. The band describe their own sound like this…”The Curious Incident tastes like Jerk Chicken and Lemonade and makes your troubles melt away.” Here’s the video for the serious toe-tapper tune…’Money’.

Cavey Roberts and Diego Diaz, met at school in The Netherlands before Cavey moved back to South Africa. Years later, with Diaz attracted to the sun and sea (and World Cup) in South Africa, the two paired up to start a life as penniless musicians. Dan Bowery and Mirko Piconese were eventually added to the mix and The Curious Incident was born…

Hi The Curious Incident! How are you today?

Excellent, excited to finally have our music out there in the big wide world (and to be doing this interview, of course). 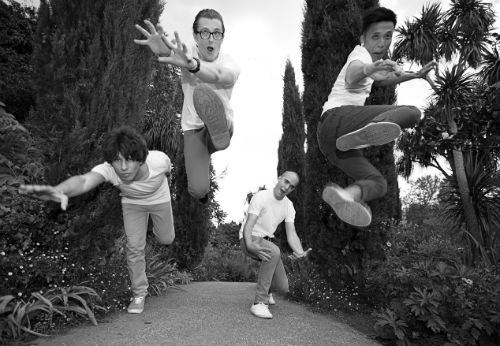 Between you, you cover quite a large scale of the globe. So who’s from where?

Cavey is from South Africa (and lived a big chunk of his life in The Netherlands where he met Diaz). Diaz is from Indonesia and has also lived in South Africa, the Caribbean, Holland, Italy and LA (the bastard). Dan is English and Mirko is Italian.

Where has been your favourite place to live?

Cape Town! That mountain, that sea…wow!

Your EP ‘Penny Lonesome’ is all about money and/or the lack of it. You guys must have had some pretty shitty jobs in your time. Any that stand out as particularly mind-numbing?

Cavey: when living in Amsterdam I got a temp job at a huge hotel. On day 1 they had me clean out and disinfect the industrial garbage skip. There was no Day 2.

Diaz: I’ve navigated the waitering maze. I did get to serve Dame Judi Dench though and she’s the business.

Your first single ‘Money’ is definitely a serious toe-tapper! What can we expect from your new EP?

Thanks! There’s a bit of toe-tapping throughout all the tracks (hopefully).

Penny Lonesome features 4 tracks and is all about needing more money and more love yet takes that struggle in its stride and doesn’t falter into melancholy.

Money: Tongue-in-cheek teasing of the lyrics of some of the band`s favourite modern artists Aloe Blacc and Sam Smith.


The Hunt: An eclectic and somewhat unexpected style mash with a positive blow-out chorus best suited to a Caribbean jump around.

Diane: A tale of youthful love in a school-time crush that’s bloomed into an Elvis-approved marriage.

Please Don’t Say: Perfect for telling that special someone (lover, friend, politician) to shut the hell up.

Who are your main influences?

Our peers. We have friends who make a living doing what they love doing and that is inspiration enough. Should we need a little more influence then we just need to look at our friends who aren’t so lucky and work at jobs they hate just to get by.

Musically, we listen to a lot of ourselves. Yep, that’s in a totally self-involved yet self-critical kind of way, because if we didn’t like listening to our music, then why should anyone else?

If you were to be stranded on a desert island, what three items would you bring with you?

3) Seeds to sew or a leatherman or a fully fueled sea-plane (but that would take the fun right out of it).

Do you have any entertaining stories from your time as a band on the road?

Whilst on tour (and driving 1000s of miles) we nearly had a head on with the following: huge porcupine, huge tortoise, a bunny, a cat and a gazelle. Noah’s Ark was docked nearby.

What has been your favourite venue/festival to perform at so far?

So far one of the most memorable gigs was in a smallish town in South African called “East London” (ironically). Someone crashed into an electricity box just as the support act started (taking out the whole grid). The crowd started to head home so we grabbed some candles and an acoustic guitar and improvised our first lengthy acoustic show. It went from hardcore rocker bar to intimate and romantic at the ‘flick of a switch’ and was amazing.

We’re busy racking our brains to make a music video for our next single “Please Don’t Say” that a) we can afford and b) keeps people watching right until the end of it on Youtube.

We’re harassing some of our favourite festival organizers to get us on the bill so we can win over some new fans this summer and we are heading over to South Africa again to tour and play at one of the continent’s biggest festivals.

We plan on touring as much as possible in the UK and Europe so that Penny Lonesome doesn’t have to be lonesome anymore.