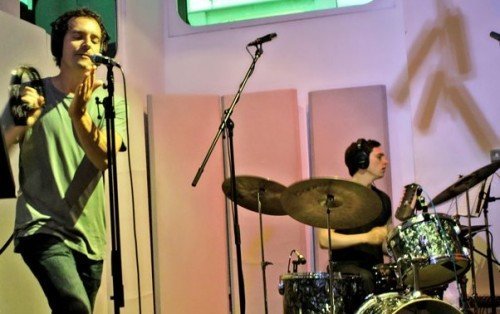 Manchester’s legendary post-punk band The Creature Comfort are back! Local hero’s in the late 80’s-mid 90’s, they were managed by Gareth Evans (The Stone Roses) with a residency in the city’s best music venue, The International. Then on the brink of breaking nationally, they disbanded suddenly due to personal reasons.

“One of the best live bands I’ve seen in Years.. one of those gigs that people talk about in 20 years time” says Badly Drawn Boy.

Now Le Jeune has reformed the band (with new touring line-up) and finished the self-titled debut album that never was, set for release via Critter Communications on Monday 7th October.