Harp Ice Cold and The Big List announced November’s Harp Ice Cold Big Gig – a truly special event marking a year of the most dazzling talent from the island of Ireland taking to the Spring and Airbrake stage.

The Continuous Battle of Order will headline the last Harp Ice Cold Big Gig of 2010 on Saturday 27th November, with support coming from Team Laser Explosive. 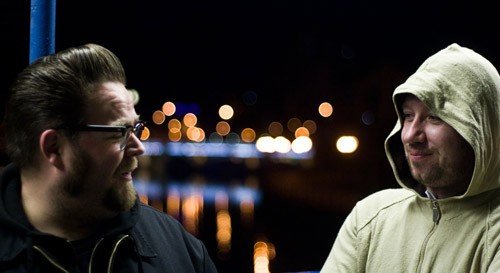 The Continuous Battle of Order comprises of two of Belfastâ€™s most talented and innovative musicians. Together they are a phenomenal musical force, exploding with dynamism and savage technical accomplishment.

Their new album PTTRN SKRS, released under the Richter Collective label, underlines the band’s unique approach to rhythm and melody and has won vigorous praise from every quarter.

With combustible live shows, often performed ‘in the round’ and an extraordinary level of musical accomplishment, The Continuous Battle of Order are set to play the final Harp Ice Cold Big Gig out with a bang.

Support on the night will come from one of the North Coast’s latest progenies, Team Laser Explosive.

This young foursome carve melodious soundscapes in the vein of And So I Watch You From Afar and Battles. After impressing music fans during memorable Belfast shows, Team Laser Explosive are sure to rock the Harp Ice Cold Big Gig.

The Harp Ice Cold Big Gig featuring The Continuous Battle of Order and Team Laser Explosive is on Saturday 27th November at the Spring and Airbrake, Belfast. Admission includes access to the Limelightâ€™s compexâ€™s three-room club following band performances. Admission Â£4 at the door. Over 18s only.