‘Velodrome’ by Chemical Brothers (UMC) was composed specially for the Olympic Track Cycling events in the Velodrome.
Tom Rowlands and Ed Simons created something that would reflect “the sense of speed, pace and drama,” of the sport as well as the “incredible beauty” of the new London 2012 Velodrome’s architecture. 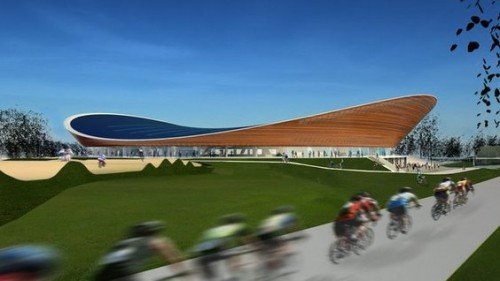 ‘Velodrome’ is a thrilling track that will provide the soundtrack to six action packed days of competitive Track Cycling over the course of which 10 Olympic gold medals will be won.

Tom says, “I have loved cycling since I was a boy. I have always made a connection between electronic music and cycling repetition, the freedom and sense of movement.

Kraftwerk obviously cemented this connection with their ‘Tour de France’ track. For us to create the theme for the Velodrome is a great honour and we’re really excited to hear it in situ.”
THE CHEMICAL BROTHERS: VELODROME
One of 5 official London 2012 Olympic songs to Rock The Games
Available to pre-order on iTunes NOW
released 30th JULY 2012 on UNIVERSAL MUSIC