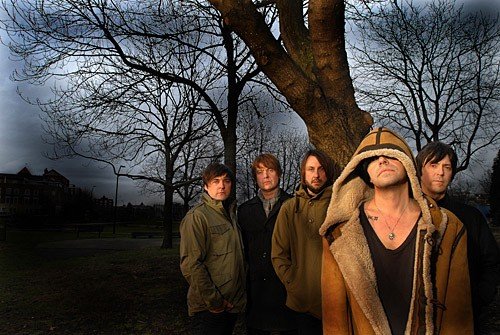 Following December’s announcement that The Charlatans will be performing their celebrated UK number 1 album ‘Tellin’ Stories’ live in its entirety in London and Glasgow, a show at the Manchester Apollo has been added for Friday 1st June due to popular demand.

The band will also be re-releasing the album on May 28th through Beggars Banquet Records.
The critically and commercially acclaimed album features singles ‘North Country Boy’, ‘One To Another’, ‘Tellin’ Stories’ and ‘How High’.

These shows follow their retrospective ‘Some Friendly’ concerts in 2010 and together with the re-issue, they mark 15 years since ‘Tellin’ Stories’ was released.
The Charlatans will now play the following shows in JUNE:
1st: MANCHESTER, O2 Apollo
8th: LONDON, Hammersmith Apollo
9th: GLASGOW, Barrowlands (SOLD OUT)
Tickets for the Manchester date go on general sale at 9am on Friday, February 24th. Tickets for the London show are available now.
thecharlatans.net