Indie behemoths, The Charlatans, and , the â€˜Godfather of electronic musicâ€™, hotly tipped dirt rock trio White Denim and abstract jazz-sters, Polar Bear have been confirmed as the first four music acts to perform at the much-anticipated Mighty Boosh Festival.
The festival will take place at the Hop Farm in Kent on the 5th July.
Needing no introduction are one of Englandâ€™s most esteemed bands, The Charlatans, who are back in the hot seat with their tenth studio album, â€˜You Cross My Pathâ€™ and have gone the Radiohead route by giving it away absolutely free. With well over 90,000 downloads so far and rave reviews all round, Tim Burgess and the boys bring their blend of edgy, well crafted pop tunes to the Mighty Boosh Festival. 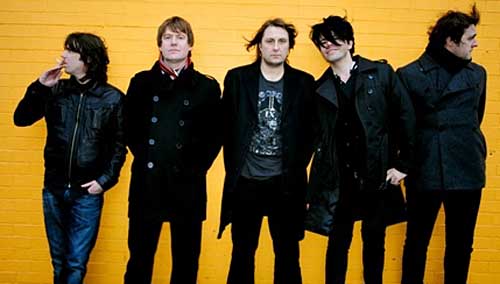 Widely known for his chart-topping 1979 hits “Are ‘Friends’ Electric?” and “Cars” as much as he is for his odd-ball appearance and genre-hopping experimental tracks, Numan’s influential signature style has been classified as everything from experimental, synthrock, synthpop, dark wave, new wave, industrial rock and post-punk, making him the perfect act to accompany the equally experimental and eccentric Mighty Boosh boys. Garyâ€™s legacy speaks for itself, and of course the boys are thrilled at his confirmation. Noel states;
â€œHaving Gary on board is mental! He is a hero of mine and was always a first choice, having him perform at our festival is almost surrealâ€. 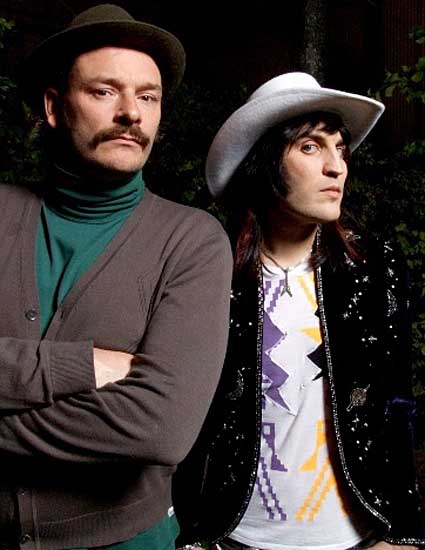 Next up we have the awesome White Denim. Hailing from Austin, Texas this band is certain to enthral and entertain the Boosh revellers. As a feverishly creative ensemble this band have smashed in to the good books of music reviewers, garnering praise from the likes of NME who call them â€œlocal heroes, who are spelling out the future of dirt-rock in bloodâ€ and The Guardian who said they have â€œgreat riff and tunes, and like a genuine rockâ€™nâ€™roll band, sound genuinely hyperactive and derangedâ€.

White Denim have toured extensively including dazzling showcases at SXSW Music Festival, and caused a massive stir at the recent CMJ Music Marathon. They also received the award of “Best New Band” at the 2008 Austin Music Awards. With their debut full-length LP release, entitled â€˜Workout Holidayâ€™, just around the corner, this is the perfect platform for the guys to introduce themselves to the UKâ€™s buzzing live music scene.

On a more experimental tip, abstract jazz collective, Polar Bear, compliment the quirkiness of the Boosh boys by bringing to the stage their unique blend of offbeat compositions. Music press have tipped these guys for big things. The Observer Music Monthly say, “Polar Bear blast out of the past, full of straight, cool school skills, and detonate the past, bursting with edgy, forward-looking lust.”

Of course, no Mighty Boosh festival would be complete without a performance from the boys themselves. They will headline the dayâ€™s events with a comedy extravaganza on the main stage.

Entertaining 30,000 fans, the Perrier, NME and RTS Award winners Julian Barratt and Noel Fielding AKA Howard Moon and Vince Noir, will delight fans with their magical and comical wizardry and take us on a hilarious journey from their Nabootique homeland to the very ends of the comedy universe!

The Boosh is also revered in the musical world and rub shoulders with the great and the greater of the music scene. The festival will therefore perfectly fuse the finest musical acts with their own spectacle, with the boys inviting some of their own special favourites to take to the stage with them!

Says Noel Fielding â€œWeâ€™ve never played a music festival before and a comic has never headlined at a festival before so we are seizing the opportunity and doing both!â€

Further acts to be announced shortly.