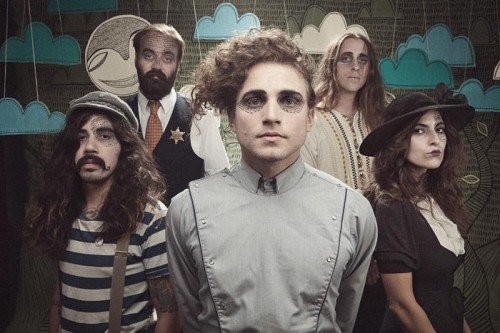 What does the name The Burning of Rome mean?

It is a reference to both the fires set in Rome by Nero. While the literal flames could be extinguished, the political fires raged on to ultimately ignite the downfall of the Roman empire. The band’s inception came about just as the United States was engaging in war with Iraq.

I noticed parallels between our modern empire and ancient Rome–the excessive power in the hands of a corrupt few that are slaves to their own greed. As a result, our country was crippled both economically and spiritually–just like Rome’s descent 2,000 years ago. 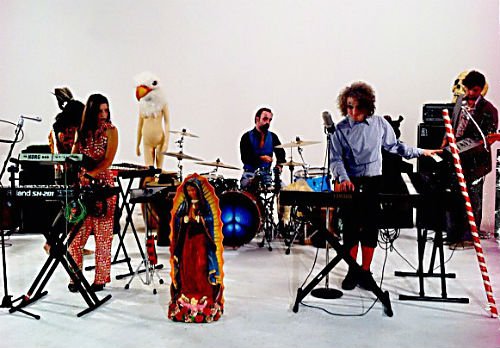 How have the troubles with your rare muscular disorder and all the troubles you experienced effected the way you write music?

Music is my salvation. It was how I perservered through medical problems as a kid, and how I continue to cope with adversity in life. To anyone else that has gone through or is going through something similar I would recommend finding a creative outlet–be it music, visual art, writing, anything–that will move you into a meditative process to cope with your situation.

Your tribulations may even be a catalyst to discovering an untapped passion. Eg: Had I not undergone those surgeries I would never have learned to play piano.

You’re from sunny San Diego – what is the music scene like over there?

Growing up in San Diego I got to reap the benefits of California’s post-hardcore movement being right outside my door. At any given weekend I could go to a warehouse and see Black Heart Procession, the Locust, the Rapture, Hot Snakes, Pinback or Three Mile Pilot. As it always happens after the peak of a scene, the bands that I grew up loving either broke up or left SD entirely and seldom came back.

There are still a few good local acts scattered about the city–bands on Gravity Records, Three One G and Cave Punk–but the scene pales in comparison to those days.

The modern SD scene (if you can even call it that) can essentialy be grouped into two categories: 1. Americana revival acts trying to emulate bands like the Black Keys or Mumford and Sons (trying being the operative word), and 2. Shitgaze and noise-pop bands that are hoping to drop in on Wavves’ lo-fi wave and ride it the fuck out of San Diego 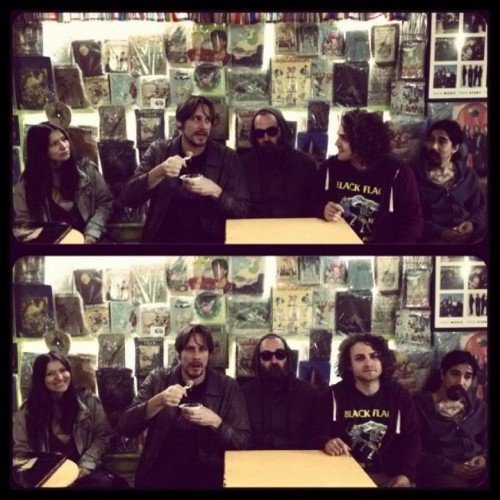 You’ve previously said “I want to rally the masses and call out the corrupt”. What aspect of today’s society really troubles you the most and makes you feel you want to take a stand?

It’s tough to choose just one because so many of degradations to our society are intertwined. The pyramid of wealth distribution is linked to the world’s failing monetary system. The overpopulation of our planet has caused pollution and global warming. Religion is coupled with war. Ultimately, apathy is the biggest problem.

It’s an ethical laziness that is responsible for people’s tolerance of abuse from the upper echelon, and it will be the downfall of humanity. We give power to the government by voting for the same corrupt politicians over and over again. We feed the headless beast Stock Exchange every time we buy brand-name crap at the supermarket.

It is us who are at fault allowing these snakes to feast, and unless we drastically change our habits they will devour us like field mice.

Music seems to be a conveyor belt of shiny new products year on year these days, what makes you guys stand out?

The Burning of Rome is a black hole that inhaled and regurgitated everything from John Cale to Stereolab, Mr. Bungle to Pink Floyd, and Todd Rundgren to Raymond Scott. We plucked influences from an eclectic span of genres and a wide range of music history, and bound our harvest into a dissonent little bundle with our thread of originality.

I think that is what sets us apart from a lot of the genre-specific bands out there these days. Our album reaches from psychedelic pop to noise-rock through a wall of sound. Hints of ’77 punk are yelled through theatrical showtune ballads.

Overall I would describe it as a Christmas tree on crack, every ornament a tacky gem from music history that we love and try to showcase in our own bizarre way.

Are there any bands around these days that you feel share your sentiments musically and spiritually?

Yes, quite a few. I feel that the spirit of the Burning of Rome is kindred with the Flaming Lips, Man Man, Animal Collective, Maps and Atlases, Crystal Antlers, Tom Waits, Stereolab, Arcade Fire, Fantomas, Blonde Redhead, Beck, Magnetic Fields, Deerhoof, Joanna Newsom, Death From Above 1979, Radiohead, Beirut, the Growlers and Yeasayer.

Our band’s philosophy is to stray often from the middle of the road, and that’s a value that these bands successfully uphold.

Your album ‘With Us’: Tell us what it’s all about?

The album took over a year to make and ultimately led to me moving to Los Angeles entirely. It was extremely labor-intensive but was also undescribably fulfilling. We recorded a lot of it at EastWest Studios in Hollywood (formerly Ocean Way), which is historically renown for birthing classic albums by Ray Charles, Frank Sinatra, the Beach Boys, Mamas and the Papas, the Rolling Stones, Michael Jackson, Paul McCartney, and Radiohead, among others.

The room we tracked in was the same room that the Beach boys’ “Pet Sounds” was recorded in. Looking at old photos, most of the room (and equipment) was exactly the same as it was when “Pet Sounds” was tracked over 40 years ago. It supplied a gratifying energy for the entirety of the recording process.

How d’you think US music and culture compares with the UK’s?

We steal from you a lot. It seems when something breaks in the UK, a heard of US bands will quickly follow suit. (Ex: Every Radiohead album ever released.) As far as cultural subtleties are concerned, I’m don’t consider myself qualified to make a proper comparison. I simply don’t know the UK scene as well as I do the US!

Though living in a metropolitan hub (I live in downtown Los Angeles), I’d imagine that it’s similar to London–even if only sociologically. Hopefully through this band I’ll have to opportunity to be properly acquainted with the UK, and give a better response to this question next time I’m asked.

Will you be touring the UK anytime soon?

I really hope so. We recently started working with the booking agency ICM. Through their support and the support of curious music warriors like Fame Magazine and its readers, we’ll hopefully be over there within the year.

Finally, if you could erase a song from the past or present, what would it be and why?

PAST: “Maxell’s Silver Hammer” – The Beatles. I love this song. It’s about a medical student that goes around killing patients with a silver hammer. The lyrics are dark and the melody is unbelievably catchy. Though Lennon, Star, and Harrison all three credit this song as being the final blow that broke up the Beatles.

In the Anthology book, they said Paul was overbearing in the process and they were passionately fighting him to keep the song off of Abbey Road. They ultimately lost the battle and disbanded shortly after. Perhaps if Paul saved the tune for his solo album we would have had one more album from the Beatles. For that reason, I feel obligated to demand the obliteration of “Maxwell’s Silver Hammer.”

PRESENT: “We Are Young” – Fun. I have to suppress my gag reflex while just typing the title. This song represents all that is tainting and suffocating modern music. Actually, “song” is too generous a word as it is nothing more than an over-autotuned marketing ploy with as much substance as a thimble can hold.