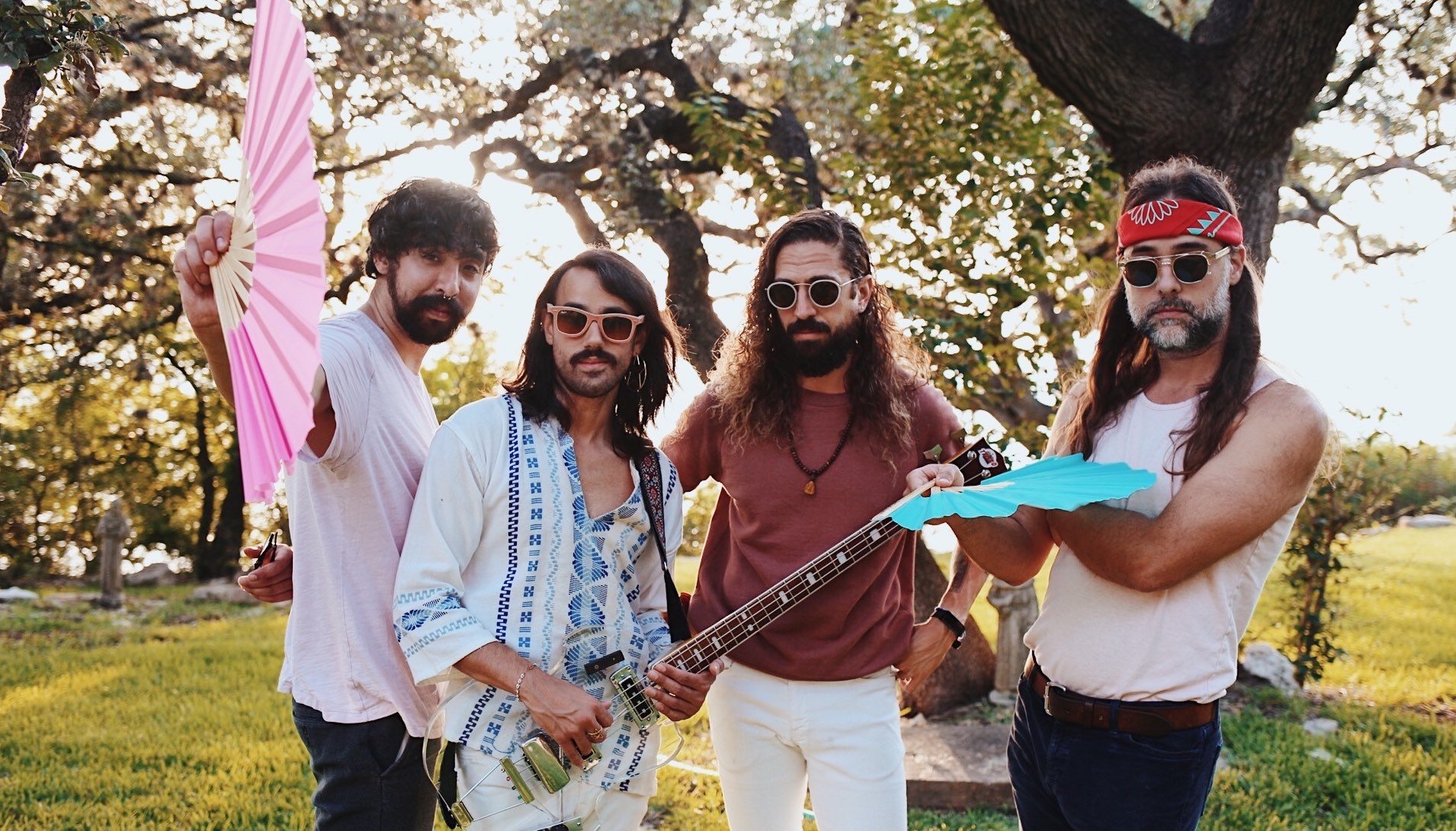 Crazy, Transcendent and Lush Soundscapes for the Psychedelic Fan..

Known for their leftfield, nuanced and unsubtly trippy music – Austin’s The Bright Light Social Hour return this year with a powerful, 70’s inspired new album. Drawing influence from authentic 70’s Psych-Rock, shoegaze and more modern sounds – Their music is a truly unique blend of sound palettes through the ages.

The new album Jude Vol.2 is a lush and atmospheric piece of work, that comes with a sad melancholy. The reason behind this, is a tragedy suffered by the band when first recording. The bands manager (and brother of Jackie) was suffering severe bi-polar, when he was driven to take his own life.

“It was a terrible thing, but it was also the most beautiful thing I’ve ever experienced and probably will ever experience,” Jackie says. “This was all happening as we started the record. Not all the songs are about Alex, but I think even the ones that aren’t all have a bittersweet mix of overwhelming beauty and terrible loss. The music deals with the ripples it caused in all of our Lives”

The band’s answer was to head to the studio and record, in many cases never fully coping with what had happened. The new album is a reflection of the feelings, headspace and coping mechanisms that were poured into the project. The new single Enough, showcases the bands undeniable songwriting ability, incorporating a rich groove to a spacey, trip-inducing new single.