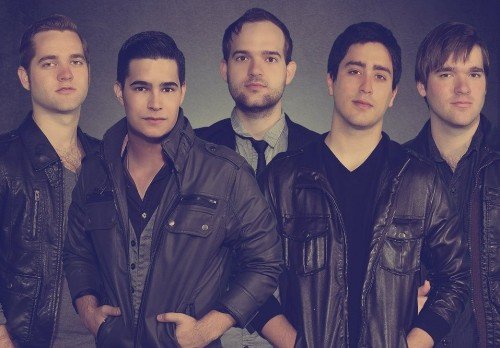 Hunky Southern Californian five-piece all-male rock band The Bolts are primed to set pulses racing this September with the release of their new EP ‘Fall’.

With the hugely successful single ‘Walk Away’ already getting industry tongues wagging (its sexy video featuring model Kate Upton helped matters too) there seemed no better time for Fame to meet Austin Farmer, keyboardist, vocalist and at 19 the youngest member of The Bolts, to learn more about them and their music.
Hi guys firstly what can you tell us about your EP ‘Fall’ you have other similar releases planned are we right?

This EP contains four energetic, rocking songs that we feel is a great way to kick off the new work and school year, including ‘Walk Away’, ‘This Can’t Be Real’, ‘The Truth’, and ‘We May Fall’.

This will be followed by another EP release entitled ‘Winter’ and a full-length album next spring.”
How did the band form?

We formed in 2007 in our hot and stuffy garage and soon started producing demos in our dining room.

After that, we went full throttle and tried to get our music out there any way we could. Five of them landed on KROQ after being together less than four months.

We started entering and winning local battles of the bands and other competitions, which eventually led us to earning the title of Orange County’s ‘Best Pop Artist’ from the OC Music Awards.” 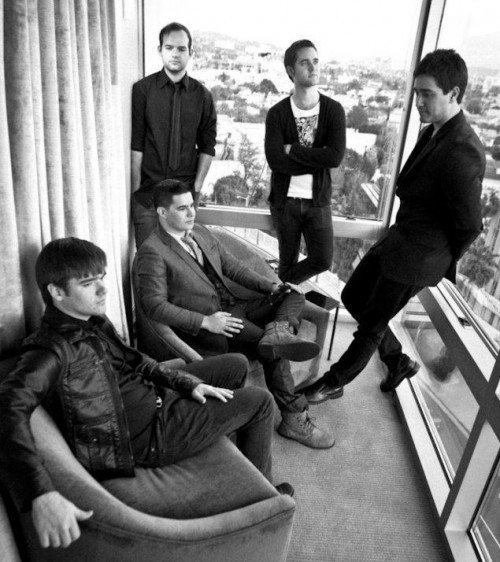 What is it like to have siblings in the band, is there a divide between them and the others?

Sometimes people think that we get along all the time and that we agree on every single aspect of musicality, but they couldn’t be more wrong.

This bond has been great in terms of songwriting, where we try to channel many aspects of tension and release.

Since we’ve known Matt and Ryan for so long, we’re all one big family, so it couldn’t work any better.”

What exactly is the creative process within The Bolts?

We draw inspiration from anywhere we possibly can. When we’re jamming in band practice, we might vamp on a motif for a while and bounce it between instruments, listening closely to how the arrangement can highlight the melody.

From there, we try to figure out the direction and feel of the song and how to make the chorus sound really big.

Other times we come up with songs individually and bring it to the band; in those cases, we try to bring all of our backgrounds into the idea to make it sound like us.”

Your single ‘Walk Away’ is a popular one and its video is very well known, how did Sports Illustrated model Kate Upton become involved in it?

The song was picked out of thousands of songs submitted for the SoBe ad campaign through Getty Images/Pump Audio licensing.

We are very grateful for that honor. Someday Kate will perform onstage with us… I wish!

How are you as band finding your life has changed with your growing popularity?
We are so thankful for the support we’ve been given.

Every step along the way, we try to give back as much as we can to the listeners, because without them, we’re literally nothing.

This has inspired us to write the best songs we possibly can.”

We are going to be performing all over Southern California to gear up for our release of ‘Fall.’

We couldn’t be more excited! We can really feel that we’re gaining steam as more and more unfamiliar faces are showing up at our performances, that’s a good sign!”

Do you have many over amorous female fans?

Haha! Nice question. We have a lot of female fans who show their support at shows and a lot of dudes who are rocking out in the audience.

It’s so much fun to see who shows up to our concerts! But the ladies go nuts for The Bolts!- hee hee…

When the band formed what was ‘the dream’?

The dream was to create a band that focused on harmonies in a modern-rock way, and we’ll continue to do this as long as we make music.

Oh.. and hopefully rock stadiums too!”

When did The Bolts really know they had made it?

As soon as we saw our song in the Kate Upton Sobe ad, we had a good feeling that hopefully we’d be having more exciting things come our way.”

How do the band unwind after a gig?

We usually pack up our gear and then say hi to our listeners after the show.

Where’s my roadie anyway? Then, we go to sleep and do it all over again!

Is there an artist that you wish you could collaborate with?

We would love to do something with Hans Zimmer or Danny Elfman. That’d be so cool!”

Finally do any of The Bolts have any unusual hobbies that your fans may be surprised by?

Actually, yes! Matt, our drummer, has his own video production company, and he’s created tons of videos for bands, companies, weddings, just about everything.

Heath gives guitar lessons and is enjoying that.

Addam is working at a recording studio right now, and Ryan loves spending time at the beach.

I love writing plays, novellas and all sorts of things, and want to publish something by the time I’m 25!
THE BOLTS ‘FALL’ EP RELEASE ON SEPTEMBER 21
DEBUT ALBUM COMING NEXT YEAR
theboltsmusic.com
facebook.com/thebolts
©FAMEMAGAZINE.co.uk