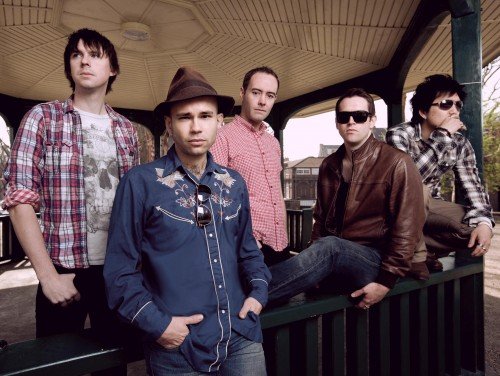 Five-piece band the Blind Hearts are a wonderfully mixed bunch of musicians (hailing from Manchester, London and Japan).

Their brand of hillbilly folk-blues-country music is exactly what the doctor ordered for many of us and their new EP ‘Crying Shame’ is set to open up their particular take on the genre to even more people.

Hi guys thanks for chatting to us. Can you explain to our readers exactly what style of music you perform?

Is that a genre you all have been fond of?

No, no, none of us have any fondness for the genres of music we play. What do you reckon?

What other styles of music do you listen to?

Venezuelan tango, the panpipe music of The Andes, Nana Mouskouri…same as everyone else, really. 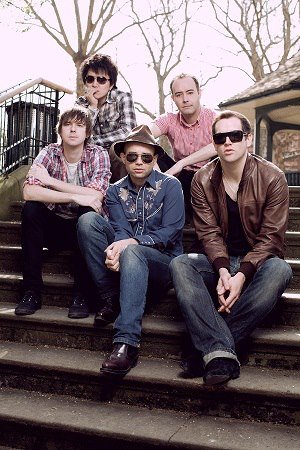 Is there a system for how you create a new song?

A system?! Like a computer system to write a song? “There’s an app for that” I imagine, but we don’t use it. Our songs contain only blood, sweat, tears, demons and hope. If anyone’s invented a system to write that, let us know. And we’ll ensure we never use it.

Who has the final say on a possible new track?

Archbishop Desmond Tutu vets all our material before it’s released. He wasn’t sure about the new single, but we talked him round.

Ordinarily we find ourselves propping up the bar with them. We get back to people on facebook etc too.

You have a UK tour on the go. Have you seen your fan base grow?

Ask us after the tour (it starts at the end of the month). People do have a habit of going a bit nuts at our shows though, so…it’s likely.

What is the plan for the rest of the year for The Blind Hearts?

Wine, women and song. This is a plan we use for most times of year. Oh alright, we’ve an EP out in November produced by Mark from The Charlatans. And it’s damn good if we do say so ourselves.

Are you working on new material?

Have you plans to tour beyond the UK?

If anybody wants to make us an offer, we’re game…

Finally have The Blind Hearts got any advice for a band starting out today?